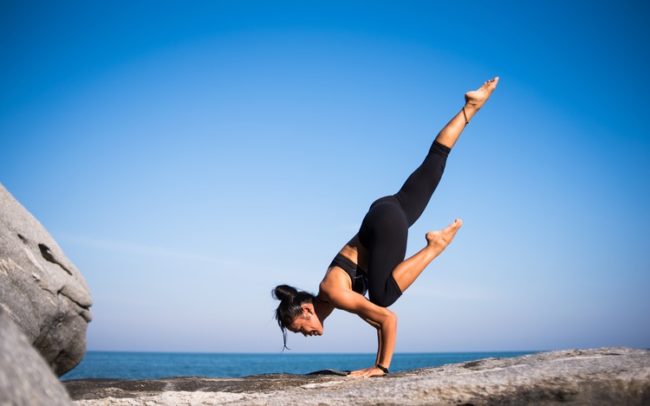 What is yoga and how can people understand this discipline in an era when maya or illusion has been so strong?

“The restraint of the modifications of the mind-stuff….”

Both texts refer to the mind and its habit of putting beliefs and perceptions between who we really are and who we think we are.

The restraint of the modifications of the mind-stuff is Yoga. Another way of saying this is to be cautious as to the belief systems we apply directly to reality. In this particular sutra, Patanjali gives the whole goal of Yoga. A keen student will realise that this one sutra is enough to understand yoga. The rest only explain this one important aphorism. If the restraint of mental modifications is achieved, one has reached the goal.

The soul is able to use the body/mind complex more effectively once it is cleared of lower emotions and physical toxins. Until that point we are very “human” and believe ourselves to be separated from source or god. Once we follow a yogic lifestyle and begin clearing our stuff and cleanse the body, the soul begins to shine. The lower self becomes more peaceful and compliant. This allows the soul to express its essence and creativity in a way that the body and mind will be more than happy to ground into this reality.

Yoga is a simple process of reversing and controlling the ordinary outward flow of energy and consciousness into the external world. The mind then becomes a dynamic center of direct perception. It no longer is dependent upon the deceptive information from the five senses or “thieves”. Instead it experiences truth. This also means we have to control all excessive stimulation from the five senses. Otherwise we lose life force energy or chi especially through ejaculation and genital orgasm. The middle road is the preferred option in our modern world ie. everything in moderation 🙂

Most people think of yoga as physical postures or asanas for flexibility and stress reduction. This is one aspect of yogic science, and although important, is only a small part and relatively recent in development. Physical Yoga, or Hatha Yoga, was primarily designed to facilitate the real practice of yoga. That is, the understanding and complete one pointed focus and mastery over the mind using meditation. It was found that to master the mind the restlessness of the body and mind needed to be addressed before mastery could be accomplished. The restlessness comes from physical toxins and negative emotions held within the body tissues. Yogas’ postures and asanas are therefore used to rid the body of physical toxins and transmute negative emotions.

People trying to sit quietly found they couldn’t. They encountered pain, stiffness, indigestion and general restlessness. They realized it was due to toxins from eating the wrong foods. Those people pondered many things about yoga over many years and formulated the yogic diet, free of meat, fish, eggs, stimulants, and excessive use of spices. The most important aspect of this in our modern age is the chemical ridden foods we now eat. We must eat organically.

The next problem was what to do with the toxins already inside the body especially lower emotions. They concluded that these could be gotten rid of by squeezing the body in different directions and by using different techniques and postures. Although Hatha Yoga is several thousand years old, it never becomes outdated. The truth of it is always current because we are immortal souls having limited human experiences in a body/mind complex. Although other things lose their value over time yoga will not as long as we have a body and a mind.

The Meaning of Yoga

The science of the mind is yoga. Traditionally the word yoga referred to Raja Yoga, the mental science. With the current burgeoning of interest in expanding consciousness and in mental science in general, it is natural that we turn to Raja Yoga. The primary text of Raja Yoga is called The Yoga Sutras of Patanjali.

The study and practice of Raja or Ashtanga (eight-limbed) Yoga as it is sometimes called transmutes body/mind impurities and before we know it the light of wisdom dawns. Our “junk” DNA is activated leading to discriminative discernment and abilities that we acquired in “past” lifetimes. The eight limbs of Yoga are:

The Higher Self or Soul (Self) abides in its own nature. You are the Soul, not the body or the mind (lower self). You will eventually see the mind and body acting before you as your practice continues. The mind creates thoughts; it distinguishes and desires. The soul knows that but is not involved in it. To understand that eternal peaceful you, the mind must be quiet; otherwise, it seems to distort the truth. As meditation improves and quantum DNA comes online you become more of your higher self, have access to your akashic records and realise that you are a little drop of God incarnate in a human body.

It’s interesting that the whole illusion has been created to stimulate the body (mainly through emotions and sex); and the mind through left brain intellectualism and reactive/repressed emotional patterns held in the body. We have been conditioned to live as the body/mind complex instead of the soul. When we allow the conditioning to fall away we are left with our essence or soul and higher purpose. The soul can now download more of itself and use the spiritualised or cleansed body/mind complex to create your new life and therefore the new earth.

Physical postures or Hatha yoga exists so we have a means to purify the body of physical impurities and emotions held within the tissues especially myofascial tissues. Once a certain level of purification has taken place meditation is much easier, more effective and “one pointed” as junk DNA is activated. There are various paths that lead toward this goal, each one a specialized branch of one comprehensive system.

Perhaps more significantly, yoga provides us with the transformative tools that we can use to approach a supreme reality—extending from practices of asana (posture) and pranayama (breathing techniques), to visualisation, mantra (sound) and meditation—so that we can experience it directly for ourselves. Yoga’s practicability and accessibility is much more appealing to the modern mind that is not interested in dogmas or assertions and prefers individual experience and realisation.

The Experience of Yoga

The complete experience of our essential Spiritual Self and the practices done to reveal that true nature is called yoga. It is both a science of self-mastery and the art of pursuing that goal with self-discipline, compassion and contentment. Never has it been more important to turn within, know thyself and live the life your soul wants to live. This cannot be achieved until you give up the lower emotions and come out of the monkey mind. For many this resistance to higher purpose is because they are too afraid to step into courage and progressively realise that they are not who they thought they were. It is only when we step into courage that we realise that fear is an illusion and the fear of doing something is much greater than actually doing it.