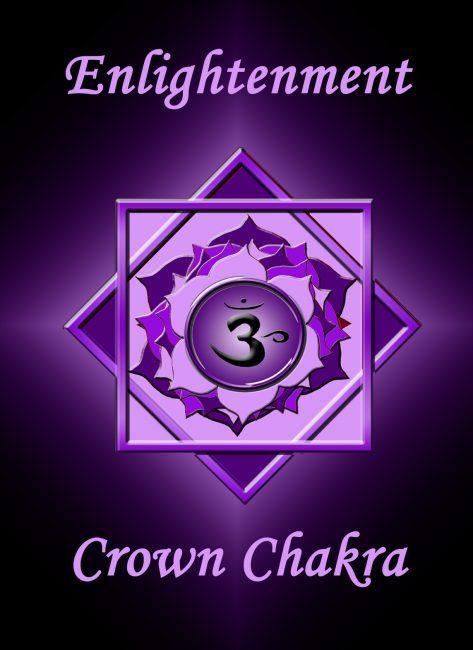 How are the crown chakra and happiness connected? Why are most people still looking for happiness outside of themselves when it’s obvious that happiness comes from within?

Quite simply because their crown chakra is closed, or at best partially open intermittently. The main reason for this up till now is genetic memory and the fear of being different. In days gone by being different got you killed. Anxiety and fear keep the crown chakra closed.

The crown chakra or Sahasrar is located at the top of the head. It is the centre of trust, spontaneity, inspiration and devotion. The trust comes from knowing and feeling you are connected to something much bigger. It is therefore related to axiatonal highways which also connect us to this something. Whether you want to call it God, Source, Star Systems, The Universe or Infinite Intelligence makes no difference. Once this connection is strengthened in your life inspiration and devotion take over, the source of true happiness.

When the crown chakra is fully open it will feel like the top of your head has been taken off. Indeed it may feel as if there is nothing between your brain and the air, your personal sunroof which has been wound fully back. So, the crown chakra is the bridge to experiencing spiritual connection and your own higher purpose. It is therefore easy to see why it is connected to the root chakra, the centre for discipline and the one step at a time analogy to achieve our goals, our life’s work. We have an inspirational idea from source (crown chakra) then using the one step at a time approach (root chakra) immediately move towards it. All manifestation of empires/systems/products/ideals and so on come about this way.

I don’t need to say too much about having a closed crown chakra because most have experienced this in this lifetime. This is called separation. When a crown chakra is closed we feel depressed and cut off from unity consciousness. Life becomes an unending list of mundane and meaningless tasks to complete. We become addicted to finding happiness “out there” instead of “in here”. A “closed” crown chakra is the root cause of many diseases and an “opening” crown chakra is a prerequisite for other chakras to begin to open, in particular, the third eye. From the third eye, we can be mindful and objective rather than subjective.

All lower emotions close this chakra especially fear and anxiety. The two most harmful fears which keep the crown “closed” are the fear of being inadequate and survival fears. Both are rampant in our world. Indeed I have suffered from both myself. Both fears come from the identification with the self as the body/mind and its associated ego structures created via trauma instead of the eternal spiritual self. In particular, the fear of inadequacy comes about when we identify ourselves via our behaviour rather than from the Spiritual Self.

Similarly, survival fears are energised when we identify ourselves as the temporal self. In this lifetime especially, we must identify with our true being, our eternal Spiritual Self. This will have an enormous effect on group consciousness and therefore external systems. Another common source of a “closed” crown chakra is anger at our own apparent ignorance. This is often directed externally at others at their apparent ignorance. We are all in a learning process of which the first step comes from ignorance. Forgiveness of self is key here. Indeed you cannot forgive others until you have forgiven yourself.

Coherence Patterns in the Brain

The overvaluation of the intellectual faculties of the brain over more intuitive aspects also closes the crown chakra. Rather, the coherence pattern between intellectual and intuitive parts of the brain should be a priority in one’s life. In other words, we must begin by balancing IQ with EQ (emotional intelligence). Doing this will allow more neurological pathways to open up in the brain because of its neuroplasticity. Just like you favoured a certain way of thinking or certain neural pathways when you were younger to keep you safe (“synaptic pruning”), you can reverse this process by developing mindfulness and expanding your consciousness. (Hint: imagination, inspiration, laughing at yourself). Contrary to popular belief your life will actually become simpler and lighter as you begin to fulfil your higher purpose. In other words, you cannot move into your higher purpose until the crown chakra is “open”.

Another point to understand is that the transition from a “closed” crown chakra to a fully open one is a journey of not resisting the lower emotions as we commonly do. Lower emotions are “stuck energy” because of a certain way of thinking and are the result of not understanding our energetic systems (aka a “closed” crown chakra). This resistance to these lower states (the ego) causes us to distract ourselves from them and deem ourselves not normal or ill. By sitting with these lower states, and objectively witnessing/watching them with no self-judgement automatically begins to shift, move and integrate them into our electromagnetic field.

All resistance to the NOW moment will keep you in a perpetual loop of lower emotions. So we must never resist the lower states we are in and accept them deeply. Nor should we distract ourselves from them by using addictions (overeating, drinking/drug taking, social media etc..) Only then will we move forward over time.

Ways to Open a Crown Chakra

While it is very important that we concentrate on keeping a crown chakra “open” so we can feel inspired, peaceful and creative it is not possible to maintain this until all the other chakras are in balance too. Frequently, as we are drawn to other chakras that are blocked, it has the effect of closing the crown. Please remember my comment above where I wrote that we should not resist any lower emotions but just sit with them until they pass so that stagnant and blocked energies can once again begin to move. This can and does take some discipline, perseverance and of course time. Try not to judge yourself while leading your own path in life!!

Source – The Wisdom of The Chakras: Tools for Navigating the Complexity of Life by Ellen Tadd (Highly Recommended – a book you will refer to again and again)