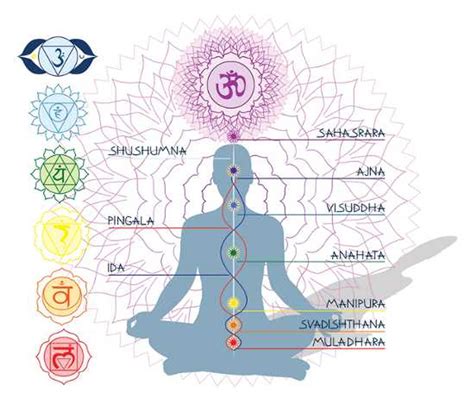 You may be aware that personal chakras or vortices exchange energy with the Universal Energy Field. The 7 major (“body”) chakras, minor chakras, lesser chakras and acupuncture points are all openings for energy to flow into and out of the aura or human electromagnetic field. This is also called the Lightbody. I’ve separated the two because on a human level the aura is very subjective whereas the lightbody is the cosmic human, the objective self. There are actually approximately 15 major chakras. Chakras 8-15 are antimatter or purely spiritual chakras. These form our divine blueprint or template. As you begin Soul and Monadic (Father in Heaven) integration the 7 physical body or matter chakras merge with their corresponding antimatter chakra. In other words Ascension. [For example, the Monad (Father in Heaven) begins to come in at the 8th chakra and connect at the 4th chakra.]

The human being is a microcosm of the macrocosm and therefore Universal geometrical or spiritual patterns will always prevail if you stop resisting them and move back into natural cycles. Psychological and energetic blockages in the body which you refuse to deal with will bar you from opening to “higher” or spiritual chakras. This is the lower self or ego at work. Be kind to yourself in these accelerated times of change. Only integration of the lower self is possible during the healing journey. It should never be rejected or ignored. What is resisted persists.

If we think of chakras 8 to 15 above the head leading into the Universe they loop back around to the base chakra. Creation is more like a spiral (think Fibonacci Code), not linear. By allowing your consciousness to travel around this loop (Cosmic Orbit) you can embody different Universal Energies which are very healing and will elevate you more and more into your God Self. Concentrate on the 7 main body chakras and in particular the lower 3. This is where most of your blocks are. Thus, you will be alerted to emotional, psychological and even physical blockages. These will be holding you back and keeping you acting as a closed system. The highest “attainment” in this lifetime is Christ Consciousness and there are now many on the planet who are open, surrendered and aware enough to integrate this level of self-mastery.

By staying open to life we are in fact doing two things. On the one hand, we are allowing a lot of energy to come into our own electromagnetic field. On the other, we are also having to deal with the consciousness that is coming in from outside of ourselves. This is quite a difficult thing to do because it triggers our own psychological blocks and issues. Nonetheless, if we are able to do it while staying mindful and peaceful we have a good opportunity to integrate our own lower emotions. You cannot destroy energy. It can only be transformed from one frequency to another.

In reality, we can only deal with so much energy flow at a time. In this way, we can integrate the new information into our lives as we process the personal material that comes up. It is important to remain open to life and “open” the chakras and increase our energy flow. In reality, we are not “opening” our chakras. To step up the energy in one chakra we are in fact increasing the energy in the whole system. This is why a good therapist will never look at the issues in only one chakra. All chakras must come into balance and eventually be integrated into a single unified chakra.

What we call the chakras are in fact “holding stations” for consciousness so we can’t “descend” any further in our understanding of life. This is what we call separation. When the chakras are very blocked we are not aware of our connection to the planet and Source. In other words, we don’t allow energy to flow through our system. We act as a closed system (egoic consciousness). This leads to disease and our time here is limited. As the flow increases, we become much healthier as psychological issues are dealt with. Our whole system becomes much more free-flowing.

Furthermore, what is not often known is that the duality consciousness which we experience daily, that is, beliefs and resultant perceptions about life are, in fact, a lower form of creation. It severely limits us and is the opposite of Truth which we can experience when we become more unified in our thinking. We begin to awaken to “higher” or Universal Laws. The duality consciousness experienced by most is in fact the misunderstood “Anti-Christ” or the “Descent” into polarity thinking or our own personal minds. Humanity had descended to a very low frequency of vibration until recently.

The “Christ” Consciousness is the opposite, that is the “Ascent”. It is when polarities within oneself are unified and energy begins to flow again. That is, when female/male, yin/yang or emotional/mental are balanced within and lead to the Christos-Sophia Unification or Sacred Marriage. As you progress to this ideal you will increasingly see the Truth and Simplicity of Life. You will not be affected by the manipulations of others. Furthermore, your physiology will change as dual systems within the body communicate better. For example, both hemispheres of the brain or both kidney systems (or sympathetic/parasympathetic nervous systems)

Our energetic system includes what the Taoists would call the Microcosmic Orbit. Moving chi in the Orbit up the spine and down the front channel regulates the positively (yang) and negatively (yin) charged points opposite the chakras. It is more likely these polarities that cause the chakras to spin like vortexes. By increasing chi flow in the orbit, the energies flowing through all the chakras are amplified and balanced simultaneously. Eventually, these polarised energy currents link together to open a neutral channel in the centre of the body, called the “Trusting Channel”. It is linked to trusting life and not your personal subjective mind. It is also called the Sushumna Nadi and represents zero point or perfect balance within oneself on all levels.

(The mind is only designed for communication, play and research. Your mind is not capable of making the more important decisions in life. This comes from your higher self or soul self usually via intuition)

So the “Trusting Channel” is the birth canal for a new “trusting” self. Someone who trusts in the Universe/Life/Source/God. It is in fact the spiritual rebirth as an immortal. A prerequisite, and in western terms, is a free flowing Conception Channel (front of the body) and Governor Channel (back of the body). These are linked to what the Taoists call the Cosmic Orbit by Axiatonal Highways. The Cosmic Orbit is the Macrocosmic version of the Microcosmic Orbit.

It is extremely important to “open” the chakras as an increase in flow will make you healthier. This is always preceded by releasing psychological blocks, aka unresourceful beliefs and the corresponding perceptions about life. These beliefs are held in the relevant chakra until you have done enough inner work to shift the energy block to a higher and more resourceful frequency. Often people can’t be bothered doing this work because of a feeling of laziness or entropy. However, you will likely be aware we are being pushed/helped enormously by massive shifts in the Universal and Planetary fields. A massive shift is in full swing and those holding onto old outdated ways of doing things are having a rough time.