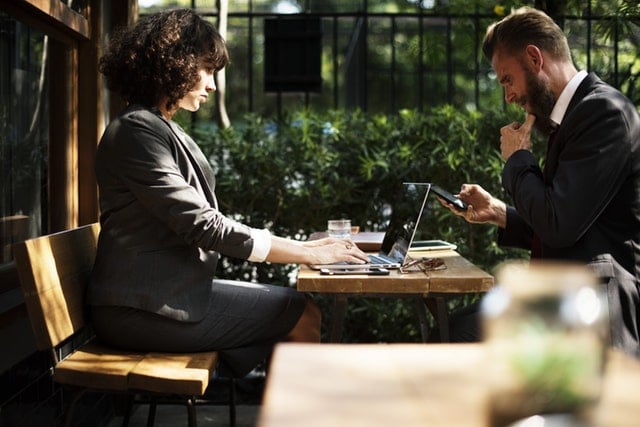 Inside you, in the genes and DNA of your cells lies the emotion of seriousness and also your higher purpose. Your path is laid open to you by divine grace once you move away from seriousness about life and begin to feel lighter and more joyful. Divine grace could be defined as the divine influence which operates in humans to regenerate and sanctify, to inspire virtuous impulses, and to impart strength to endure trial and resist temptation.

Seriousness is one of the most far reaching and destructive forces on this planet. It comes about because people are out of sync with the whole, with planetary cycles and the flow of life. This is because they have lost connection via crown chakra and axiatonal highways to the universe and cosmos. We can reconnect using various practices and techniques and also through the power of imagination. However most are not even aware of their own energetic system or human electromagnetic field.

“Seriousness is one of the most far reaching and destructive forces on this planet.”

Seriousness and the Mind 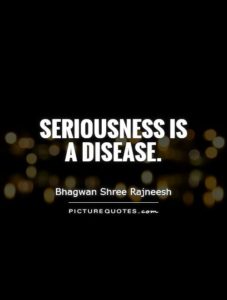 People become disconnected because they inhabit the mind and therefore are not in the present moment. They are not mindful. They live their lives through the mind and become too focused on the past or the future. This creates imbalances not only in their own bodies but in the collective. Seriousness is a sickness and can cause lots of issues in our lives. This includes everything from ill fortune to physical disease in the body because we are out of sync with the whole universe. Our bodies become acidic and cells lose their polarity (dehydration). Being in the mind too much creates other issues. For example trying to control life which leads to separation and illusion. For those people their higher purpose is obscured from themselves until such times as they reconnect to the flow of life.

The first 7 years of our lives set the mental and emotional tone of our future experiences. In fact it takes a human being a full 7 years to fully incarnate onto this planet. During this time our posture and breathing patterns are set as is our relationship to the physical world through kinesthesia and touch. Certain genes are switched on and off during this period of “learning” (conditioning?). Hence our future patterns are laid down in the first few years. Living life without the loving knowledge of the higher realms through an open crown chakra is painful and means we can take life too seriously.

Seriousness and the Role of Parents

During this period and regardless of our physical circumstances it is the energy fields of the parents or main care givers that will hugely affect and mold the future life of the child. There is nothing more important than a loving and tactile relationship from parents who are whole in themselves. If the child doesn’t receive this and feels physically unsafe this will set him up for a very serious outlook on life. He will not be in harmony internally if he does not feel safe. The fight or flight response (sympathetic nervous system) will be constantly stimulated. It is therefore important that the parasympathetic nervous system is equally stimulated, for example by the vagus nerve. Unless parents were firmly rooted in self love then their own constriction and seriousness will be passed on to the child.

Being serious cuts you off from the joys of the “higher realms”. It constricts your life so much that eventually love is throttled and the lower emotions prevail. Laughter doesn’t exist. Even those leading a spiritual path can take life too seriously. You can tell those who are too serious about life in general by their lack lustre appearance. Unless parents are rooted in self love it is impossible not to pass on their seriousness to their children. This lack of self love usually means parenting at a low frequency. This involves conditioning through control either consciously or unconsciously. Children naturally are happy and spontaneous until a point where the lower frequencies of the parents become embedded in the childs’ energy field. They then grow up with the same issues as one or both parents. The truth is many parents forgot how to play and be happy because of their own upbringing.

Until now we have had a genetic predisposition to be serious because we lived in our minds with all its subconscious memories. The secret, if there is one, is to realise we are the One Consciousness having an experience in a genetically unique body. Therefore tread lightly and don’t take life so seriously. When we are too serious about life we don’t trust it but instead try to take control of it. We even battle against the very flow of life. We constantly react to the events in our lives instead of using them to move to a higher consciousness.

On the one hand if we are too serious we become “numb”. We don’t want to move our bodies or be sensual in any way. We may not like our bodies and therefore our life force energy becomes “frozen”. This freezing is locked into our nervous system and eventually myofascial tissue. As we age it becomes harder and harder to even smile. We lose touch with the zest for life and our whole demeanor becomes closed and our appearance pinched. When such people learn to enjoy being in their bodies rather than worrying about what they look like a huge warmth is released within them. Others can’t hep but notice.

On the other hand we may pretend that we are really enjoying life because that is what is expected of us. We appear to take nothing seriously but underneath we are emotionally reactive. We may harbor a huge anger ready to explode. When this facade is revealed to us we realise how deadly serious we take life. These people generally run away from life because of fear. This is reflected in their relationships which are short lived and numerous.

A little gem is carefully hidden away within the shadow frequency of seriousness. Delight and openness to life is left when we finally come out of the mind and into the heart and let seriousness go. These are much higher frequency bands rooted in love and harmony. The opposite is seriousness which is rooted in a closed attitude and ultimately fear. These higher frequencies bring in the principle of synchronicity. This is the law that binds together all free moving objects in space and time. At these higher frequency bands we are able to see how life actually works. Our thoughts and attitudes bring us their reflection and with that the potential for financial and material success.

The only prerequisite to experiencing delight is that we stay away from seriousness (mind). By moving into the heart space we bring delight and openness to our lives. This requires great trust in a force beyond our control. This also means that our goals in life, although imagined and thought about daily, should be flexible. These higher frequencies will invoke divine grace. This means our higher purpose will become more and more obvious as we move into oneness.