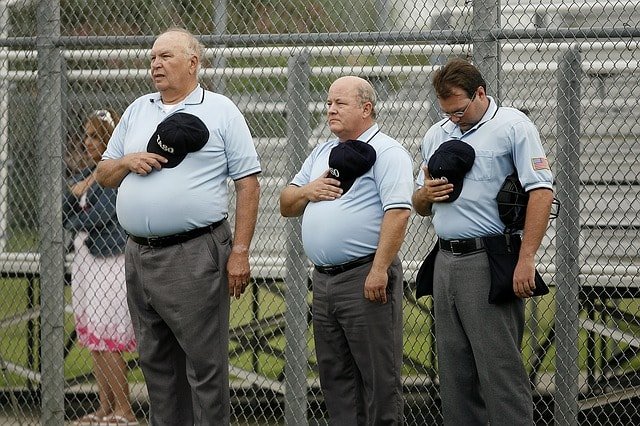 Growing awareness that the Second Brain in the gut area is not just responsible for digestion is becoming more widespread. Lack of personal awareness in this area is at least partially implicated in many brain disorders. This has lead scientists to understand what Taoists and Yogis have been saying for thousands of years. Without bringing awareness into the body and in particular the second brain or gut area we lose primal or first awareness of the self. We become lost in what the Taoists understand as the “monkey mind”. The monkey mind is the left hand linear logical brain playing out our subconscious programming. In other words we lose sight of the bigger picture. We lead our lives from our ancestral patterning with massive physiological consequences.

The bodies second brain is often referred to as the Enteric Nervous System (ENS). There are hundreds of millions of neurons connecting the cranial brain to the second brain. This is the part of the nervous system that controls and monitors the entire gastrointestinal system. All the way from the esophagus to the anus. The really important thing to remember is this. The second brain or enteric nervous system is so extensive that it can act autonomously, with the discovery that if the main connection with the brain – the vagus nerve – is severed, the ENS remains capable of coordinating digestion without input from the central nervous system. 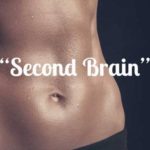 The second brain and cranial brain are in constant communication, however, as the Taoists understand and scientists are beginning to comprehend, the second brain is about pure or primal awareness. It is absolutely essential that we bring daily focus into this centre. But only if we are to bring balance back into our bodies and mastery of our human vehicles.

Unfortunately as we age we become more disconnected from the gut and second brain. We prefer instead to constantly be “in the head”. On a superficial level this can be seen when we exercise the mid section less. We tend to accumulate fat in this area as a “protection” against life. Or perhaps better expressed as a protection against our perceptions of life. It is further demonstrated by our lack of correct breathing techniques. Chest breathing instead of abdominal breathing become our default pattern. This has a catastrophic effect on the body in the long term.

Our cranial brain performs complex computations and rational thinking. Our second brain gets messages from both our external and internal environment which it sends back to our cranial brain. Unfortunately these messages are often ignored much to the detriment of our bodies and the smooth running of our lives. We often fall back into the rational of the mind. Ignoring these messages of “discomfort” both from our external and internal environment will lead to a limited life. Mental and emotional issues to match followed by gastrointestinal issues which ultimately leads to physical diseases. However please be aware of the following. During this particular cosmic cycle and as we awaken to who we really are we are clearing out this area of lower stagnant energies. This may temporarily lead to issues in the gut area.

We now know that the second brain is not just capable of autonomy but also influences the cranial brain. In fact, about 90 per cent of the signals passing along the vagus nerve come not from above, but from the ENS (American Journal of Physiology – Gastrointestinal and Liver Physiology, vol 283, p G1217).

However the subconscious “gut instinct” much spoken about is a double edged sword. When we are in complete balance and not in “our heads” the second brain does send signals to the brain. These may or may not be acted upon by the cranial brain. Very often and much to our detriment these signals are not acted upon. This is because they contradict the logical and limited conscious mind. When we do move on them we are often pleasantly surprised by the outcome feeling more “connected” to something much greater. Often though the signals coming from “gut instinct” are actually instigated by the cranial brain because of past subconscious programming or cellular memory. We shut down an otherwise sound intuitive and inspirational idea because of anxiety and fear. This is prompted by the conscious brain in our heads.

Why is our gut the only organ in our body that needs its own “brain”?

Is it just to manage the process of digestion?

Or could it be that one job of our second brain is to listen in on the trillions of microbes residing in the gut?

Could it be that this hugely complex ecological system requires a brain to manage it? To keep it in balance with both our internal and external environment?

Operations of the Enteric Nervous System are overseen by the brain and Central Nervous System. The Central Nervous System is in communication with the gut via the sympathetic and parasympathetic branches of the autonomic nervous system. This is the involuntary arm of the nervous system that controls heart rate, breathing, and digestion. The autonomic nervous system is tasked with the job of regulating the speed at which food transits through the gut, the secretion of acid in our stomach, and the production of mucus on the intestinal lining. The hypothalamic-pituitary-adrenal axis, or HPA axis, is another mechanism by which the brain can communicate with the gut to help control digestion through the action of hormones.

The second brain also shares many features with the first. It is made up of various types of neurons, with glial support cells. The second brain has its own version of a blood-brain barrier to keep its physiological environment stable. It produces a wide range of hormones. It yields around 40 neurotransmitters of the same classes as those found in the brain. In fact, neurons in the gut are thought to generate as much dopamine as those in the head.

Another interesting fact is that about 95% of the serotonin present in the body at any time is in the ENS. Seratonin is another important neurotransmitter transmitting signals in the second brain. It is best known as the “feel-good” molecule involved in preventing depression and regulating sleep, appetite and body temperature. But its influence stretches far beyond that. Serotonin produced in the gut gets into the blood. From there it is involved in repairing damaged cells in the liver and lungs. It is also important for normal development of the heart, as well as regulating bone density by inhibiting bone formation (Cell, vol 135, p 825).

Serotonin is also crucial for the proper development of the ENS where, among its many roles, it acts as a growth factor. Serotonin-producing cells develop early on in the ENS, and if this development is affected, the second brain cannot form properly. This can happen in a child’s earliest years due to gut infection or extreme stress. Later in life this could lead to irritable bowel syndrome. This condition is characterised by chronic abdominal pain with frequent diarrhea or constipation that is often accompanied by depression. The idea that irritable bowel syndrome can be caused by the degeneration of neurons in the ENS is lent weight by recent research. This revealed that 87 out of 100 people with the condition had antibodies in their circulation that were attacking and killing neurons in the gut (Journal of Neurogastroenterology and Motility, vol 18, p 78).

The Second Brain and Nerve Signals

So can a persons mood be influenced by the nerve signals coming from the gut?

Yes of course, it is absolutely crucial that the second brain is kept in holistic balance. It is clear that nerve signals from the gut area is affecting mood. Indeed, research published in 2006 indicates that stimulation of the vagus nerve can be an effective treatment for chronic depression that has failed to respond to other treatments (The British Journal of Psychiatry, vol 189, p 282).

There is further evidence of links between the two brains in our response to stress. The feeling of “butterflies” in the stomach is the result of blood being diverted away from it to our muscles. This is part of the fight or flight response instigated by the brain. However, stress also leads the gut to increase its production of ghrelin. Ghrelin is a hormone that, as well as making you feel more hungry, reduces anxiety and depression. It also stimulates the release of dopamine in the brain both directly, by triggering neurons involved in pleasure and reward pathways, and indirectly by signals transmitted via the vagus nerve.

Dr Michael D Gershon suggests that strong links between our gut and our mental state evolved because a lot of information about our environment comes from our gut.

So we can see danger with our eyes, hear it with our ears and detect it in our gut. This is what the Taoists indicate when they say that the lower “Tan Tien” is concerned with pure or primal awareness of the self. Indeed martial artists are very familiar with holding their awareness in this area. Pankaj Pasricha, director of the Johns Hopkins Center for Neurogastroenterology in Baltimore, Maryland, points out an interesting fact. Without the gut there would be no energy to sustain life. He says:

“Its vitality and healthy functioning is so critical that the brain needs to have a direct and intimate connection with the gut.”

If nothing else, the discovery that problems with the ENS are implicated in all sorts of conditions means the second brain deserves a lot more recognition than it has had in the past.

“Its aberrations are responsible for a lot of suffering,” says Pasricha.

He believes that a better understanding of the second brain could pay huge dividends in our efforts to control all sorts of conditions. For example obesity and diabetes and even problems normally associated with the brain such as Alzheimer’s and Parkinson’s. Yet the number of researchers investigating the second brain remains small.

“Given it’s potential, it’s astonishing how little attention has been paid to it.” Pasricha

There is a simple and effective way of bringing awareness back to the second brain and gut area. Simply bring our focus to it several times a day for a few minutes at a time. This can be done while abdominal breathing. It is also highly effective to locate your different organs and as the Taoists would do, just smile at them. This is enough as both a beginners and advanced routine to bring energy back to the gut area. It takes chi away from the cranial brain.

Our brains are top heavy. The left brain is not working in balance with our right brain. Our logical linear thinking causes much of the dysfunction in modern society. It uses a vast amount of energy and cannot conceive the ‘bigger picture on its own. It only sees the intellectual picture and often with the back drop of past emotional patterning. Only when we move back into the body do we begin to gain mastery of the human vehicle. Particularly the second brain, and heart space of course. This moves us inwards where Self Mastery can be achieved. Now that is the is the return journey.