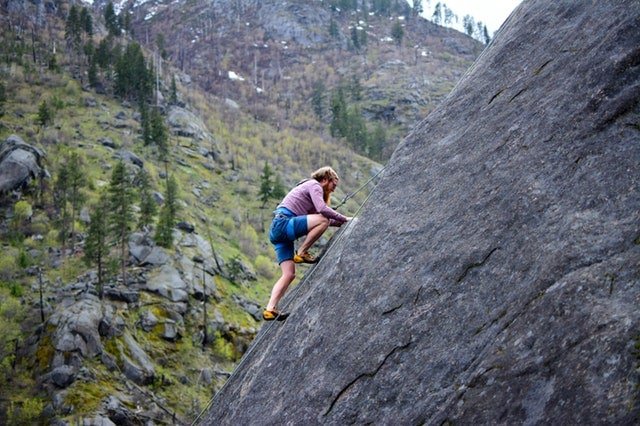 There is an epidemic of resistance in our society. The resistance is to our true nature which is one of expansion creation and flow. We have acted so small and closed for that long we have forgotten. The problem is we become what we resist. When we focus on something we bring it into our lives. Our thoughts beliefs and perceptions bring things towards us. We do this unconsciously, so when things arrive that we don’t want the automatic response is to resist what we have just called into our lives.

The subconscious and universal minds work in tandem. They bring us what we focus on. A major issue is that they don’t differentiate between negative and positive instructions. I don’t want to be poor is processed as I want to be poor. Therefore we should always focus on what we do want in the present moment. I don’t want to be poor accordingly becomes I welcome prosperity into my life. All negative words like don’t, won’t and can’t invoke the Law of Resistance.

When we have clearly stated and asked for what we want we should then actually do something about it, no matter how small, in that very moment. If we neglect to do this we resist moving forward, either then or at a later date, distracting ourselves with things that are meaningless and don’t benefit ourselves or others. This can be in the form of consumerism, politics, mainstream media, too much social media and so on. This allows us to stay in resistance to our true calling.

If we are not careful we become what we resist!!!

Whatever we resist in life persists and uses up valuable life force energy in struggle. We can often feel this in our personalities when we are constantly having to push something forward while a seemingly invisible force pushes in the opposite direction. Our personalities keep us in mediocrity because we allow lower aspects of ourselves to take control.

When we feel this resistance, this frustration, we undertake to move back into neutrality and centredness. We endeavor to surrender to our higher self. This is not being defeatist. Instead it is understanding the nature of energy. It is having an intuitive understanding that we must allow higher aspects of ourselves to take charge because our lower minds are not designed to see the bigger picture. To do this requires great courage, awareness and trust in the flow of life.

If for some reason every soul on this planet woke up tomorrow morning and took the first few steps towards living their dreams our dysfunctional and parasitical society would collapse by the evening.

So what lies between that and the life of sameness and mediocrity that many lead?

……it’s resistance in the form of fear!

So let’s look at the sort of activities that invoke resistance. Here is a short list. You may be able to identify with some of them.

What I am saying here is that any act that does not allow immediate gratification but instead favours long term health, integrity, moral and spiritual growth is immediately resisted. In other words we have all been living from the lower self rather than the higher aspects of ourselves.

What are the characteristics of Resistance? 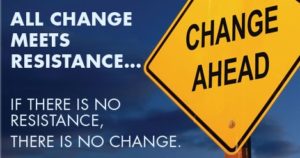 Resistance is internal even though it appears to come from outside of ourselves. We see this resistance pop up time and time again and blame others such as partners, jobs, bosses, kids and various situations. Resistance is none of these and most definitely not outside ourselves. Resistance is always internal. It is our own refusal to come out of the mind created reality and move back into the flow of life which sometimes creates, sometimes destroys and sometimes apparently does nothing. Resistance is self-generated and self-perpetuated. Resistance is our own egos refusing to surrender to a higher power which also just happens to be us too. It comes because of the refusal to allow renewing energies into our bodies from the cosmos. We insist that we are closed systems and separated from source and each other. We therefore perpetuate the same outdated programs of resistance and limitation.

Resistance is fueled by fear. It has no strength of its own. Every ounce of energy it possesses comes from us. We feed it with our fear. To master that fear we must sit with it, contemplate it, allow ourselves to move back into non resistance and surrender. We must meditate daily. We must learn to abdominal breath as we did as children. When we move back to our centre point we become invincible and fearless Masters. We then conquer resistance and have gained back our energetic sovereignty.

Procrastination is the most common manifestation of resistance because it’s the easiest to rationalise. We give ourselves a goal but instead of beginning immediately we put it off to another day. This other day never comes or at best it comes intermittently and we lose our focus. Procrastination is closely connected with intention. Intention is not writing goals. Intention is writing goals and doing the first one right there, right then, however small. In our society we have separated the two. There is no separation.

The second we can sit down and do our work, our heartfelt passion, our joy we have beat resistance, for today anyway. Tomorrow may be another battle but the more we go into acceptance and surrender the easier it becomes. You are here to change the world in your own unique way. Screw the bills, the mortgages, it’s all illusion and built on nothing. Create goods and services which support life not those which parasite our energy. Stop thinking about surviving. You will always survive. Rebel!! It’s living a life of passion that you really crave.

When we drug ourselves to blot out our soul’s call, we are being good little consumers. We’re doing exactly what TV commercials, the system and mainstream culture have been brainwashing us to do from birth. Instead of applying self-knowledge, self-discipline, delayed gratification and hard work, we simply consume a product.

I estimate that seventy to eighty percent of a doctor’s business is due to the refusal to go within. All symptoms in the body are a reflection of unconscious parts of you. It comes down to entropy, acting as a closed system and refusing to allow renewing energies in, refusing to acknowledge that who you thought you are is just a bunch of programs and the real you is the one consciousness filtered through a unique genetic vehicle.

Freedom doesn’t come from anything outside ourselves, from any system. True freedom comes from the realisation that you are this one consciousness and that everything else is just programs created by beliefs and perceptions which we identify with. Once any unresourceful programs are released, and this realisation dawns, all resistance ceases. We become everything with no separation, no self identification. We become masters and govern ourselves while those who refuse to govern themselves are condemned to find systems and masters to govern them.

Are you paralysed with fear?

One of the biggest fears we have is not being good enough. All fears are good signs. The more afraid we are of doing something the more we need to do it. The more afraid we are the more certain that that is the way to go. It’s a good sign. The degree of fear equates to the strength of resistance. If we are brave enough to do it anyway the greater the soul growth. Fear and resistance actually show you where to go. The really cool part is that as you move into courage and do what you feared and resisted most you begin to heal on all levels. Resistance is like giving birth. It seems absolutely impossible and very scary until you realise that woman have been pulling it off for several million years.