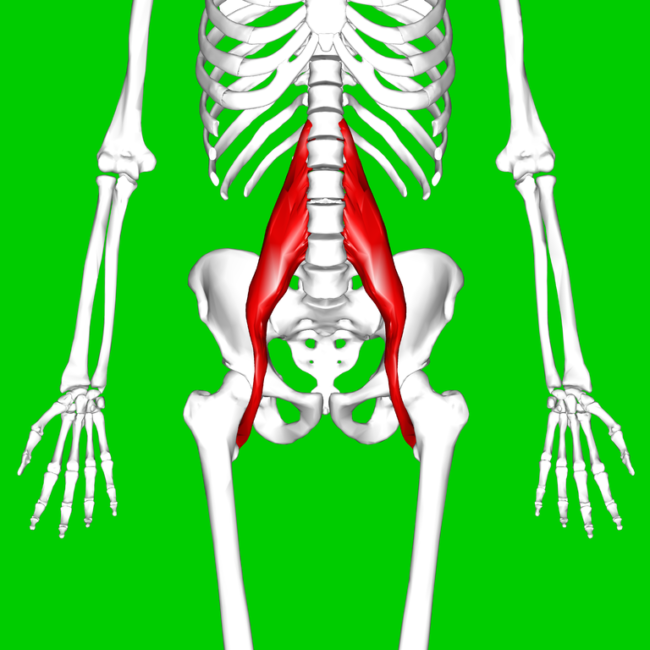 The Psoas Major muscles (there are 2) are deep and powerful hip flexors. These are the muscles of perception, sometimes called the Soul muscles. They are very close to our primary awareness in the gut or second brain. They, therefore, become very tight when we are in an anxiety or fear state. This means when we release them while breathing properly we have an opportunity to become more present and peaceful. Or we can become more present and peaceful which releases the contracted psoas muscles (more difficult).

They are linked to the “reptilian brain” (limbic system) an ancient part of our brain stem/spinal cord. Therefore they have a deep connection with our fight/or flight response, our instinct for survival. The psoas muscles are strongly contracted when we run towards or away from a threatening situation. They are also implicated in almost all back issues, especially the lower back. This is because they strongly flex, rotate and adduct the hips.

For many, the psoas muscles are chronically contracted in today’s fast-paced and competitive society. This is because these people are constantly in an anxiety state. It is actually our genetics and level of consciousness which cause this problem. This is exacerbated by the ergonomics of our modern society such as chairs, footwear and restrictive clothing.

The kidney meridian runs through/close to the psoas muscles and therefore have an intimate relationship. When there are anxiety/fear issues and a constant need to be moving/doing/achieving the kidney yang (sympathetic nervous system) becomes out of balance with the kidney yin (parasympathetic nervous system). When this happens we become fatigued and if not corrected we become “snappy” and move towards adrenal fatigue and exhaustion. So now we not only have tight psoas muscles and pain in our backs but also, a kidney yin/yang imbalance and the possibility of kidney and adrenal issues in the future. If you feel you have this issue then doing yoga and meditating regularly is a must. There are particular kriyas for the adrenals and kidneys such as this one. In Chinese medicine, the kidneys are viewed as the source of the body’s yin and yang the congenital root or origin of life. 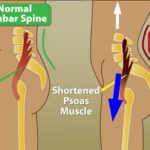 A description of the psoas muscle taken from my article Consciousness and Body Alignment is below:

“The psoas, which grows out of the lumbar spine, spans down and sideways like a pyramid shape through the abdominal core, fanning open and attaching to the top of the femur or upper leg bone. It is the only muscle to connect the spine to the legs. The psoas and myofascial tissues translate the energy from the spine down and through into the legs and feet. As gravity transfers weight through bones, tissue, and muscle, into the earth, the earth energies rebound, flowing back up the legs and spine, energizing, coordinating and animating posture, movement and expression. It is an uninterrupted conversation between self, earth, and cosmos unless there is anxiety/fear in our lives.”

If there is chronic anxiety the psoas muscle will become tight and we no longer feel “grounded” in the world. We feel like we have lost our connection to life. We will either become timid or the opposite, controlling and domineering, perhaps even angry. Both patterns are anxiety or fear patterns and relate to us not having an energetic connection to the planet.

“The tightness and contraction I see in nine out of ten clients is actually the energetic patterning of family ancestry, current family patterns and environmental influences being played out in the body. By releasing and constantly bringing attention to this muscle there is the possibility of a huge evolutionary jump when negative patterns are released.”

Most people need this muscle released and a regime to enhance kidney yin/yang balance. Since many people are too yang, the sympathetic nervous system constantly stimulated, a very good solution is quite simply to stimulate the vagus nerve which interfaces with the parasympathetic system. This is because we have lived through a hierarchal system of dominance and fear for thousands of years.

Stretching the psoas muscles is extremely important. However, before effective stretching can take place all trigger points must be released.

The Importance of Breathing Correctly (most people don’t)

The respiratory system is probably the most important system of the body in terms of other systems malfunctioning when we don’t breath correctly. When this happens our psoas muscles become tight and we lose connection to the planet. From my article entitled Diaphragmatic Breathing Brings Peace…

“When the breath is taken fully into the abdomen the body loosens its hold on itself. Upper body respiratory muscles relax. The tightness held in the hips and lower back soften and the pelvis no longer tilts. The hip flexors and especially the psoas lengthen naturally instead of having to be periodically worked on by a therapist.”

Please note however if your psoas muscles have been tight for years you may not be able to release them on your own. It may be prudent to have a therapist do it for you.