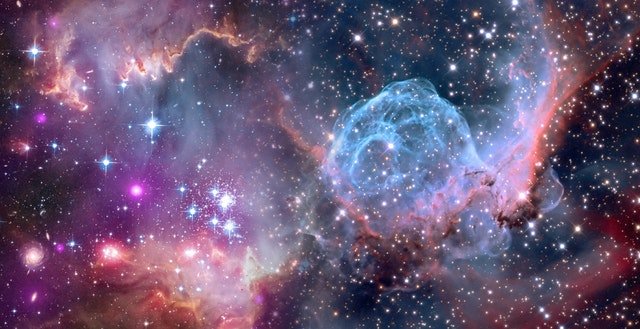 Neuroplasticity or brain plasticity describes the ability of the brain to accommodate change throughout a person’s life. In the latter half of the 20th century new research revealed that many aspects of the brain could be changed (plastic) even as an adult. It was previously suggested that only young children could improve their brain plasticity.

Previous understandings were that right after birth, neurogenesis, which is the creation of new cells, stops. However that has long since been proved false. Anyone, at any age has the capability to undergo brain changes as new connections are made between brain cells. The brain regenerates throughout a persons life. It is therefore an excellent idea to learn some new skills. For example, write using your non dominant hand or kick a football with your non dominant foot; study a new language; learn to sing or identify different noises in nature; practise a new sport or physical skill such as a handstand or improve your arithmetic skills.

If we feel we aren’t getting anywhere in life and we feel powerless then its important to take advantage of our brain’s neuroplasticity. It is a priority to change our brain patterns to the way we really want them. The majority of thoughts, perhaps 99% of them, are the same unresourceful thoughts from the previous day. This is a waste of qi/chi energy as the brain is unable to store energy like the second brain can.

The process of neuroplasticity can be fully taken advantage of as we learn to look after the physical body in terms of exercise and healthy eating habits. We can transmute reactive emotional patterns via mindfulness and awareness techniques and a willingness to contemplate life issues. Meditation can then be used regularly as we bring our vessels under control. Another way of saying this is that it is a requirement to strike a balance between emotional and intellectual intelligence before the maximum benefit of neuroplasticity can be taken advantage of.

The Science of Neuroplasticity

During the first few years of a human life the growth of the brain is rapid. In the first three years the number of synapses will increase six fold, perhaps from an estimated 2,500 to 15,000. A synapse is the junction between the processes of two neurons or between a neuron and an effector organ. Here neural impulses are transmitted by chemical means. As an adult we only have around 7,500 to 8,000 synapses.


A neurologist explains this by describing something called synaptic pruning. As we age certain connections are strengthened 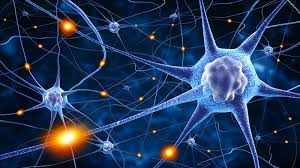 because of strong beliefs we have about life. Other connections weaken and eventually disappear as we no longer entertain a belief about that particular area of life. We are in fact “shutting ourselves down” from possibilities.

Science recognises two types of neuroplasticity. The first is where the brain has the ability to move its functions from damaged areas to areas that are not damaged.

The second is called structural plasticity. This refers to the capability of the brain to make structural change as a result of experience and learning.

The plasticity of the brain is the main basis for brain training techniques and exercises. The best and easiest treatments are non invasive and are based on intensive techniques and activities that “re-wire” the brain. Many of these techniques can be found free on the internet by entering keywords such as “free online brain games.” There is another way of course and that is to keep putting ourselves in situations that we know will be fearful to ourselves. Then become aware and mindful of our emotional state in every moment. The second way is the process of Alchemy and Self Mastery and of course is not for everyone.

This “re-wiring” of the brain is in fact a physical process. The brain can either thicken or shrink its grey matter. Neural pathways can be strengthened or weakened. Instead of the amygdala and hypothalamus in the brain interpreting stimuli as dangerous and shutting a person down by limiting beliefs, the pruning effect mentioned earlier, new neural pathways can be formed which will connect the amygdala and the medial prefrontal cortex. The medial prefrontal cortex is capable of controlling the level of sensitivity of the amygdala so that threat and emotions such as fear can be monitored. This “re-programming” uses mind power to heal all parts of the body in conjunction with Neuro-linguistic programming, breathing techniques, meditation and visualisation.

The Law of Attraction in its simplest form says “you will get what you want if you want it badly enough!” However there is a caveat that not many are aware of which means that many give up their dreams prematurely. If your human electromagnetic field is vibrating at a low frequency you will be subject to the mass consciousness and whatever they are focused on. Up to this point that has been whatever lower vibrations were fed to them in the mass conditioning program. This conditioning from birth to death, which interferes with our own ability to materialise what we want, has been all too obvious to those awakened among us.

However, assuming we vibrate in the realms of positive emotions and preferably in the realms of bliss most of the time our creations will not nearly be effected by mass consciousness and will therefore materialise much faster. If we focus for long enough on something, we will be able to work out ways to develop those intentions and dreams into reality. In the long term constantly thinking about our dreams and aspirations will lead to changes in the structure of the brain as we increasingly have more positive emotions, more beneficial aspirations and dreams and ultimately manifested into reality as a beneficial service/product for humanity. However we must be willing to change old belief systems and want to transmute the “lower self”. The lower self is just psychological blocks.

Meditation not only changes the state or brain wave frequencies but long term meditation actually creates physical changes in the brain. With regards to the neuroplasticity of the brain the following changes can take place:

Many experts believe it is the relaxation factor provided by meditation that helps in white matter changes therefore stimulation of the vagus nerve is essential.

Neuroplasticity Welcomes Alchemy and Self Mastery

New habits can be formed using the techniques listed above. These habits can be either good or bad. In order for your life to be a success we must align habits with goals. At first there is resistance because the ego/lower self (limited programs) creates a form of familiarity and security. Slowly working on these issues by being mindful, meditating and doing yoga transmutes this energy to a higher frequency and expands our consciousness. Sooner or later we realise that our goals have moved into more expanded versions. We now are following our divine goals and taking part in the expansion and remodeling of the systems on this planet. You can only do this by expanding the self and the neuroplasticity of the brain is very much part of the process.