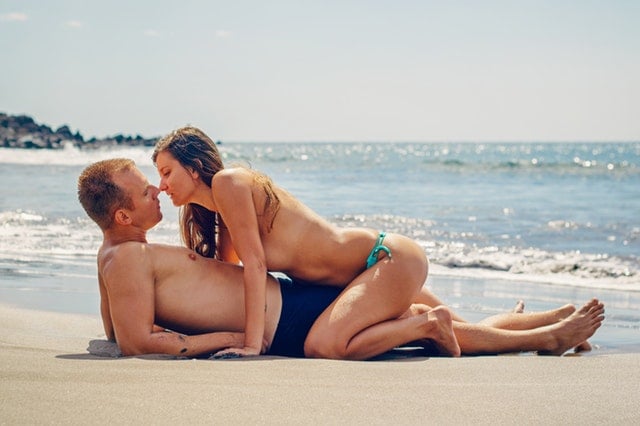 The male ejaculation is deeply misunderstood. Instead of following full body awareness and a deep knowing (second brain and cranial brain working together) men tend to work in a fragmented separated way only following the dictates of the conditioned mind/cranial brain. This is the separation or disconnection we feel from life and indeed the cosmos. This veil or mind created reality is reinforced by programming and cellular memory.

From this place, regular male ejaculation serves our genes and the perpetuation of the human race. It does not serve our overall health and happiness. A pathway known as the “reward circuitry” which is connected to an older part of the brain called the limbic system guarantees we will receive a powerful neurochemical hit (think dopamine reward) when we pursue hot sex. Dopamine is known as the “craving” neurochemical. It stimulates the brain’s primitive reward circuitry and drives us towards new partners and sexual satiety.

Unfortunately when ejaculation occurs, since the neurochemical-cocktail pendulum has swung very far one way, it must now swing in the opposite direction to bring balance back to the overstressed endocrine system. Where once there was the feeling of excitement and euphoria now there is the feeling of depletion, irritability and tiredness.

A man can lose up to a third of his daily energy in one ejaculation. Imagine what several will do on a regular basis. It is not surprising then that he needs some time to recover. A proper recovery period, where the chemistry of the body moves back into balance, can be as long as two weeks. During this time men can experience a fluctuation in moods which drive a wedge between themselves and their partners.

Non-Ejaculation and The Higher Way

The Nag Hammadi Codices, which are texts that were found in a cave in North Eastern Egypt in 1945, more closely follow the teachings of Jesus than religion ever did. They emphasise the androgynous nature of the Divine. They record that Adam was immortal and whole until he produced children instead of engaging in sacred union. The Codices state that Jesus returned in order to heal the separation between the sexes in a mystery called the sacrament of the bridal chamber. In verse 51. Leloup, Gospel of Philip: 109 it states that:

“…….if the woman had not been separated from the man (through incorrect union), she would not die with the man. Her separation was the origin of death. Christ comes again to heal this wound, to rediscover the lost unity, to enliven those who kill themselves in separation, reviving them in union.”

In a nutshell, our genes require as much ejaculation as possible with as many females as possible. On the other hand, our emotional system needs a sense of belonging with a mate which increases oxytocin (the loving hormone) in the body. This sense of belonging is the androgynous state (male/female energy in one body). As an aside, it is important to understand that male/female balance within one’s own body is the priority before any sexual union. In other words, we must integrate our own lower emotions into our human electromagnetic field. If we don’t do this then we keep repeating co-dependent type relationships until we do.

Our whole spiritual journey could be said to be driven largely by sexual energies. They are a large proportion of our life force. The urge to unite with God and/or a beloved is run on the same biological “circuitry” but higher levels of expression. The separated mind, genetic urge and of course the fact we are in individual genetic vehicles is the reason we feel so separated from each other. It is the reason there is a rift between men and woman in general. At a genetic level, we are actually designed to “fall in love” and fall out of love (think co-dependent relationship).  This is a lower frequency of expression of the human being and connected to the genetic urge to procreate.

Ejaculation and The Healing Process

Once we integrate our lower emotions (by feeling them and not reacting to them) we automatically allow more light into our systems via the crown/pituitary and third eye/pineal gland mechanism. These lower emotions are transmuted to a higher frequency of vibration. We begin to operate from a higher level of expression. Once we do this and ejaculation is controlled we enter the relationship as two whole beings. We then create a third energy which is the Christ consciousness now entering this world. Please note we must not completely suppress our need to ejaculate. These are powerful energies and completely suppressing them when we have been used to ejaculating will cause psychological issues. For example, we may experience a feeling of being “mentally unhinged”. We should gradually wean ourselves off the need as energy increasingly finds a route upwards instead of outwards.

The separating force of ejaculation based sex derives from the Latin word secare which means “to sever” or “dissect”. Pure love is about putting all the parts back again and purity of motive. For example, putting love before lust. There is nothing wrong with desire and lust providing love is the basis of the relationship. When love comes first and ejaculation second a bond between lovers that is so complete and selfless happens. A third, spiritual energy is then created between the couple. There is the man, woman and the relationship itself. (1+1 =3…Another example of the Sacred Trinity)

Most men accept the lack of connection with their partners after

ejaculation. This is a lower evolutionary urge and connected to making babies. This is why it should be avoided as much as possible until such times as a couple want children. When ejaculation is avoided love based sex and sexual intimacy tends to increase in the relationship. The separation between the man and the woman becomes less obvious. Intimacy actually increases.

Refining ones awareness of sexual energy and understanding of the male ejaculation is a simple way for a man to return to pure consciousness over time. A single ejaculation of 200-500 million sperm cells is capable of populating an entire continent. It is not surprising then that a considerable amount of energy is consumed by men when they ejaculate. Also not so surprising a period of sleepiness is felt immediately afterwards, very often to the frustration of a partner.

The conservation of the male “seed” is therefore crucial. Men must awaken to the fact that orgasm and ejaculation can be separated when awareness is brought to the sexual act. Orgasm actually happens a second or so before ejaculation. We must bring awareness into our reactive patterns by way of finding “the gap” or being mindful. Similarly, we must bring awareness and a gap between orgasm and ejaculation. If we don’t the energy lost by releasing our “seed” regularly weakens the physical body. Our health can then deteriorate over time.

It also leads to an unconscious anger or separating influence between men and woman as “she” continually “drains” him of life force energy. In reality, awareness and responsibility for ejaculation must be at the door of the man. It’s his body after all. However, it is also important to be with a partner who understands the mechanism and “lower” and “higher” workings of the human body.

During sexual arousal, the sexual “essence” or “ching” expands rapidly in the testicles. Some energy rises to the higher centres in the heart, brain, glands and nervous system. However, ejaculation cuts this process off!!! As we become more open, progressively move out of the mind created reality, trust more in life and follow the subtle promptings of the body, subtle channels open up in our anatomy and physiology. From the testicles up to the spine to the head and back down to the navel. Daoists call this the “microcosmic orbit”. Note well that we can only move energy up once a certain degree of emotional integration has been done. This polarity balancing and harmonising is summed up well by Kenneth Cohen in his book “The Way of Qi Gong” where he writes:

“Qi then can be defined as the energy produced when complementary, polar opposites are harmonised. Vital energy, qi, arises when opposites are unified…….”

In two harmonised individuals the sexual act becomes the springboard to transform the sexual attraction into love for each other, spiritual awareness and higher purpose and service. Providing it is not cut short by the male ejaculation. This means that the unconscious power struggles that have existed in co-dependent relationships are gradually reduced and then transcended. The couple then begins to share one aura. Think back to the Nam Hammadi Codices in respect to the androgynous nature of the Divine. Adam was immortal and whole until he produced children instead of engaging in sacred union. A large part of the ascending journey and back to wholeness for a man once he has developed mindfulness is to engage in non-ejaculatory sex.

Balancing this sexual polarity within a couple is deeply spiritual work. It moves them out of the 3D paradigm or mind created reality and into higher consciousness and awareness. When enough people have done this the planet moves to a higher reality. At the time of writing this, this is ongoing. It is quite clear there are at least two distinct realities “co-habiting” the planet at present.

Cultivating sexual energy and controlling ejaculation is important. However, it is only one part of moving back into our Divinity, “The Tao”, Oneness, or Cosmic Harmony. Over emphasising sexual pleasure as some tantric methods do creates an imbalance between general vital energy (chi), sex essence(ching) and spirit (shien). As always the middle road in anything we do takes us out of polarity and extremes. If our pendulum swings too far one way it will have to swing an equal amount in the other direction. If it doesn’t then we remain out of balance.

At all costs avoid sex without love. Treat women with reverence, love and respect. Many women already have an intuitive feel for the transmutation of sexual energies. They are able to move ching upwards to the heart and higher mind. The receptive and intuitive nature of woman allows them to quickly learn “higher loving”. One of the reasons is that they tend not to have the same energy blocks. In particular between lower chakras and the heart chakra that many men do.

It is now time for men who feel drawn to step forward and master the processes in their own bodies. Awareness of this process must become mainstream. Even from a logical point of view, it is not “economical” to “spill your seed” so regularly and so wastefully. When not in the act of procreating surely nature created another way. Yes, she did and it is important to be aware of it.

“Accidents” in lovemaking will happen and are something to laugh at and not to feel guilty about. Men have been hard-wired to ejaculate for generations after all. It’s not an easy habit to kick. Especially since sexual marketing is everywhere and we can view pornography at the click of a button.

As our awareness increases of who we are it is something that each one of us will want to investigate. Our partners will certainly appreciate it as we become more conscious about our lovemaking if only to prevent premature ejaculation and increase sexual pleasure. Transmutation of our sexual energies is a natural evolutionary urge as awareness dawns. The key is to keep practising and enjoy ourselves. For me, this knowledge gives new meaning to the following quote taken from Matthew 18:3 King James Bible

“And said, Verily I say unto you, Except ye be converted, and become as little children, ye shall not enter into the kingdom of heaven.”