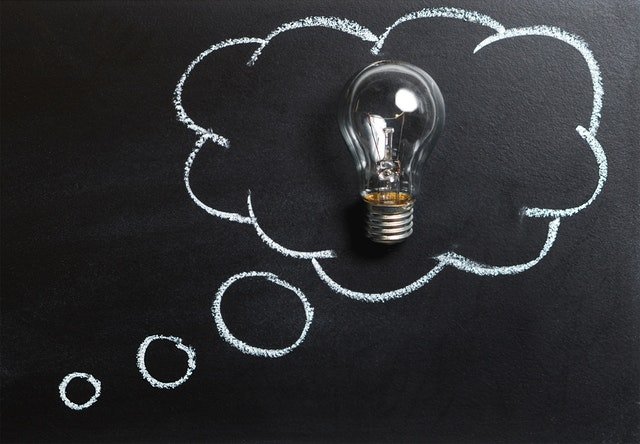 The faculty of imagination can only be fully experienced when the crown chakra “opens” entirely. An “open” crown chakra is the domain of original ideas and inspiration from Source. A fully operating crown feels like the top of the head has been taken off and allows renewing energies in from the cosmos. When this happens we are no longer acting as a closed system. This automatically creates new ideas and promotes imagination. We can also take existing ideas or systems and add our new imaginings to them. It is, therefore, a prerequisite to open this centre to understand and connect with universal principles and qualities which reside in all of us via our genes.

As our crown chakra opens and a new found sense of spontaneity and imagination takes place our third eye begins to come online. This automatically means that the rest of our energetic system begins to open up and become free-flowing. We begin to feel that we are connected to something much greater, that the personality is very insignificant and small!! The crown centre is related to trust and faith (in oneself!!!!!), devotion, inspiration and spontaneity. Trust in oneself is very much connected to nature and the Divine feminine principle. It is about being able to feel through life rather than using only the logical aspect of the brain. This feeling aspect essentially comes from our primal awareness in the solar plexus which innervates the energetic heart. An “open” crown chakra is key to imagination and happiness. It is the beginning of the reconnection process of our “junk” DNA.

Two very damaging ways of suppressing imagination are the fear of being inadequate and the fear of being unsafe in the world. There are also many more ways to suppress the imagination including cultural attitudes and environmental conditioning. The two main fears, however, are to do with being closed and identifying oneself with the ephemeral lower self/ego.

Instead, we should identify with the more expanded and eternal version of oneself. In other words, the spiritual or energetic being which sustains the physical body. This ‘forgetting’ is a direct consequence of the disconnection of the so-called ‘junk’ DNA. This goes hand in hand with the ‘dumbing down’ of society in general (The Fall of Man). This is particularly noticeable in Western culture where materialistic values have been carefully instilled by controlling influences. Spiritual principles which maintain the worth or essence of a person have been suppressed. There is a failure to actualise one’s true nature and instead evaluating oneself based on social measures. 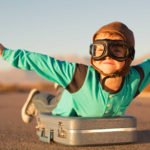 imagination and therefore intrinsic knowledge or wisdom produces seriousness. Seriousness is a  modern day “disease” and should be avoided at all costs. Laughter must be engaged in daily as part of a spiritual practice.

When we refuse to be still and overvalue the intellect and logical thinking before feelings we automatically close down our imagination. Favouring analytical thought over intrinsic knowledge creates a barrier and inhibits the feeling of trust, openness and the expansiveness quality that comes with imagination. Ultimately this logical, analytical and left brain approach to life comes from our cultural conditioning over many fearful lifetimes. It is a product of not recognising our spiritual identity and basic interconnection to all aspects of life.

It is important to understand that our present life circumstances are a summation of “past” life patterns held in cellular memory. These patterns can be healed in this lifetime providing we drop our unresourceful beliefs and conditioning. Remaining open will also keep our imagination flowing. Unblocking a crown chakra takes inspiration, devotion and spontaneity. Inspiration can come from many sources, for example, music, art, exercise and so on. We can feel inspired any time and connect with the soul. Devotion can take many forms for example devotion to a spiritual path, to a partner or even to a pet. Both inspiration and devotion facilitates trust, dissipates fear and opens the crown allowing spontaneity, inspiration, imagination and carefree feelings to arise.

A fully open crown chakra is the key to a deep and expansive meditation. This is why beginners in particular struggle at meditation and find it very difficult to stop the mind chatter. [Hint: take your focus into the second brain and follow the breath]. Or do any pranayama practice. As we progress and meditate more we progressively “come out of the head” and start to appreciate the stillness. Stillness is the path to revelation. As our chakras begin to balance and clear out many lifetimes of trauma we begin to dialogue with spirit. With a fully open crown chakra, many insights and “aha” moments will occur.

Perseverance is a must when it comes to developing the skill of meditation. Be careful of opening the crown temporarily by inspiring oneself from the lower self. For example with new consumer items, holidays or even a new romantic relationship. You will find that the crown will quickly shut down again as these things are essentially ephemeral.

While a fully open and operating crown chakra is an essential first step to imagination and happiness, they inevitably cannot be maintained without a fully functional chakra/energy system. Problems in other chakras will unavoidably come up. Self-esteem issues and manifestation abilities, will disconnect people from life and quickly shut down the crown chakra once more. Once the crown is open however the next chakra that will have a huge effect on the sustenance of our well being is the third eye. The third eye is essentially a switch allowing more light to fully penetrate the body. It is essential that upper chakras (heaven) are now integrated with the lower chakras (earth) if we are to experience heaven on earth in a human body.