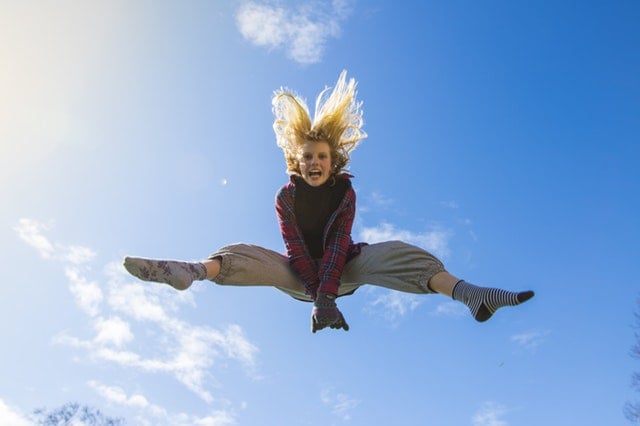 Well first of all let’s look at a couple of definitions of healing.

Wikipedia says:
Healing (literally meaning to make whole) is the process of the restoration of health to an unbalanced, diseased or damaged organism. Healing may be physical or psychological and not without the mutual reception of these two dimensions of human health……..

Longman dictionary says:
Healing is “the treatment of illness using natural powers or prayer rather than medicine” This dictionary goes on to say that “The medical establishment is taking healing increasingly serious.”

So we can see even from those simple definitions healing is a process that doesn’t just take place on a physical level. Yet society in the main still thinks it does. We have been brainwashed to think that all our physical ailments have a physical reason only for being there. That is not the case. Healing takes place on multiple levels, physically, mentally emotionally and spiritually. We are in fact a gradient of frequencies of vibration finally manifesting as a physical body.

All disease is caused by physiological stress.

This stress comes from one of two possibilities or a combination of the two. A belief system (usually unconscious) that causes negative emotions for example anxiety and fear. These then filter down into the physical body. Holding onto these for too long will cause physical problems and eventually disease. The second is toxic overload in the physical body caused by poor food choices and pollutants/heavy metals. This includes electromagnetic interference to the human electromagnetic field by wifi, mobile networks and so on.

Until a persons’ awareness increases his belief system will only allow healing to take place at a certain level. This is demonstrated, for example, by only believing in ‘medicine’ automatically barring you from the healing benefits of other healing modalities. This was summed up well in Edgar Cayce’s Energy Medicine by Simone Gabbay when he said:

“The best dimension for healing a specific person depends on the overall consciousness of that person. A strongly physical focused person responds to a more physical treatment. Those more spiritually inclined will respond better to prayer/meditation/energy healing. Each treatment will affect the whole person.”

Bechamp, a 19th century French scientist hypothesised that germs were constantly present everywhere. He said that it’s the internal environment of the body (holistic balance) that determines how vulnerable we might be to disease. He observed that flies are attracted to garbage because it offers them a place to feed. But they certainly didn’t cause the garbage. Without it, they would go elsewhere to feast. The same is true, he reasoned, with the human body.

There must be some inherent condition in it that allows microbes to feast on us and cause disease or illness. So Bechamp’s theory boils down to being in holistic balance and therefore possessing a strong immune system regardless of what’s in the atmosphere, to prevent disease. Bechamp’s theory was in direct opposition to Louise Pasteur’s theory, another French scientist from the 19th century. He hypothesised that the reason we become ill is because microbes invade the body penetrating the mucous membrane in the sinuses or lungs contaminating our system.

Pasteur rescinded his position towards the end of his life. He agreed that the key to disease is indeed the internal environment of the body. Incredibly however this outdated theory has underpinned modern medicine.

It also gave rise to pasteurisation, vaccination and the development of antibiotics to attack and kill invading bacteria in the body.

The establishment have deliberately manipulated consciousness by hiding previous scientific knowledge to promote their monstrosity we call the pharmaceutical industry. 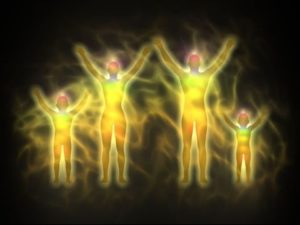 Healing occurs when the mind allows universal energies into the systems of the body releasing and transmuting mental and emotional patterns and therefore physical issues. These patterns keep us locked in to a certain narrow or focused perception of life which gives us a certain limited experience. Healing occurs because we drop limiting beliefs. As healing moves forward more chi circulates through channels in the body unimpeded. As the body comes into balance the physiological stress that it once felt lessens and eventually disappears.

Healing is actually about awareness and activation of dormant codes in our DNA strands (the so called “junk” DNA). This happens as we allow more light to pass through our crown/third eye system. In other words dropping limited beliefs or better still moving towards dropping all beliefs about how life really works.

As our awareness increases we cannot keep doing certain things which keep us in limiting patterns. We can’t keep eating junk food for example, or living a particular lifestyle or being a certain way. We feel the need to release or transform negative emotions which are keeping us locked in to a certain life experience. As we become more aware, we notice our mental and emotional patterns and our aches and pains in the body. We also notice higher intelligence and universal laws such as The Law of Magnetic Attraction. Healing therefore means keeping the 4 levels of our being – the physical, mental, emotional and spiritual – in perfect balance, as our awareness develops over time.

You Are Not Fixed

We are dynamic ever changing points of awareness. We therefore must keep re-balancing daily as higher light comes to the planet. This is especially important at times of increased activations/light accretion, for example during a full moon cycle. We are a microcosm of the macrocosm and must reflect that. The only alternative is to remain in fixed belief patterns and emotions and act as closed systems functioning as a limited lower self/ego. This is becoming increasingly hard to do.

We know we have found our balance (for that day anyway) when we can be very focused enjoying what we do one minute and completely relaxed and into our being the next. The master knows how to do this using various breathing and yoga techniques. As we find our balance time begins to stand still, the present moment, and certain high level states of awareness come into being. States such as enlightenment, oneness, unconditional love allow a tremendous amount of light/chi/god into our body/mind/soul unit and healing accelerates.

Never has there been a better time to heal from the unresourceful programs and thoughts which are keeping us locked into the 3D consciousness of lack, fear and dualistic thinking. We are moving from the “out breath of Brahma to the in breath”. In other words we are on an ascension/evolutionary cycle as opposed to a descension/involutionary cycle. Consciousness is increasing. We are becoming more aware. Our DNA, acting as antennae is picking up higher frequencies of light externally and internally. This has the affect of transmuting cellular memories keeping us locked into a limited experience. In a way we could say we are all beginning the homeward journey back to Source.

Therapies and Mastering Self

Healing therapies are again being thrust to the forefront. This is in opposition to many corporations still trying desperately hard to keep the status quo. Many of the “modern” ways of treating people are fast becoming obsolete as people awaken to the ethics of the pharmaceutical companies. People are more aware of the general focus on cost and profit models and treating symptoms rather than the underlying emotional or physical imbalances. New healing modalities are an out picturing of an increase in group consciousness. They are really about knowing thyself and keeping our energetic bodies in balance. The inward journey will increasingly be the focus of humanity from now on. For too long we have been externally focused and ignored our own ‘back yard’. We refused to look inwards and clean up the unresourceful programs which were creating our lives.

As we become more aware we notice our human electromagnetic field. We become conscious of the low frequency of vibration of our energetic bodies and their reflection into the world. This low frequency of vibration is constantly hijacked by those who want to control (eg their social and economic structures) and our reality thus created. By moving inwards and becoming conscious of the programs and patterns we automatically heal them. We cannot continue to keep doing something that is in our awareness and not in our best interests.

We automatically create a “firewall” and keep lower frequencies out. As we heal ourselves on all levels we can be the powerful divine conduits of source energy. We can create systems of service to evolve our consciousness and the planet. This will improve our lives as we learn to manifest and create purposefully. This is in direct opposition to what has been created so far by our hidden and unresourceful mind programs.

Scroll to top
We use cookies to ensure that we give you the best experience on our website. If you continue to use this site we will assume that you are happy to accept that.OkNoRead more