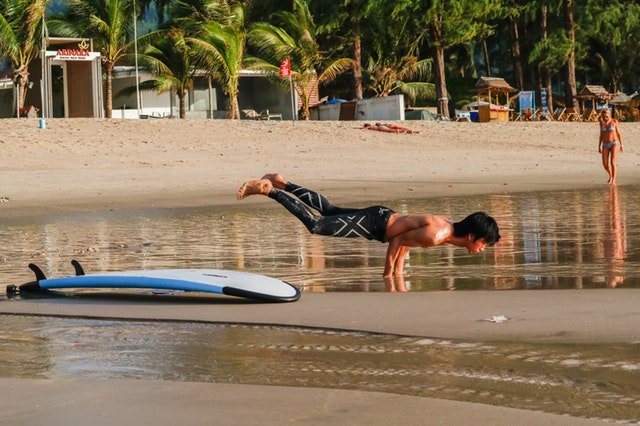 The harmonising of our nervous system is crucial during the whole ascension or awakening process. The autonomic part of the nervous system (parasympathetic and sympathetic system) heavily influences our internal organs. The harmonising of this system is therefore very important. Our body is full of dual systems. For example the left and right hemispheres of the brain, two kidneys, two lungs, two ovaries/testicles and so on. We can even say our mental and emotional system is a dual system. If we suppress or overstimulate one part of our dual system consciously or unconsciously we become out of harmony.

Our mental/emotional balance is very much linked to our level of awareness. The more aware we are the more consciousness we demonstrate from moment to moment. Our consciousness or rather lack of it has a negative effect on our body systems. If we suppress our emotions, either consciously or unconsciously, we suppress our life force. Similarly if we repeatedly express negative emotions with no mindfulness we are also out of balance. For example if we don’t allow ourselves to be vulnerable then we suppress the more feminine characteristics of ourselves. Or if we repeatedly react angrily to situations we show no Presence/Mindfulness and do harm to our organs and systems. These individual imbalances are then out pictured into the world. These imbalances are all too obvious.

The harmonising of the autonomic nervous system like wise is crucial if we are to live as our Higher Self. Therefore, if we want to be more Present we must look at consciously affecting these two “halves” of our nervous system.

Because the harmonising of our nervous system has a profound benefit on all systems of the body and therefore our well-being and level of awareness. If we raise our awareness we become more conscious and our lives are more peaceful, fulfilling and successful. We gain Self Mastery.

Indeed this is the whole purpose of yoga and meditation. Harmonising masculine and feminine or mental and emotional energies in the body. Thus unifying polarities. This allows the androgynous soul to fully incarnate into the body as we transmute the lower self. As our body systems harmonise we begin to feel much more peaceful. In time the body will actually grow healthier.

This growth process is created by harmonising the interplay of parasympathetic and sympathetic branches of the nervous system. Where once we were constantly in “fight” or “flight” mode either by living a frantic lifestyle or simply reacting to our own negative self talk now we can manage our own autonomic nervous system. Mindfulness is the key here. Techniques like abdominal breathing, yoga and meditation enhance this process and can be used as part of our daily routine. This growth state is highly therapeutic and over time as our awareness increases we can reach highly attuned states of mental/emotional balance leading to the peace that “….surpasses all understanding….”, resurrection of the physical body becomes possible.

The Harmonising of Kidney Yin and Yang

Even if you don’t develop diseases it can still become a real issue later in life. For many a common pattern that arises is adrenal fatigue. This comes from stress and anxiety/fear issues which we have all stored in our genetics. Stimulating the vagus nerve daily has a harmonising affect on the autonomic nervous system as the parasympathetic leg is stimulated. Homeostasis eventually returns to the nervous system.

Individual Balance is the Key

If we look at the dysfunction of a society we are seeing the reflection of an out of balance population. When we look further it is actually the disharmony within each person within that society. This situation often comes about when other groups from different societies come into an area uninvited and create disharmony. A good example is wars and corporate intrusion.

When we make a conscious effort to take back control of our dual systems and create harmony within them, for example the nervous system, we begin to perceive reality in a completely different way. One of the most powerful ways to do this is to directly affect the nervous system. In particular the parasympathetic branch which has been very under active in the Piscean Epoch that we are transiting from.

Harmonising the Systems of the Body

As the parasympathetic nervous system is stimulated regularly a harmonising of all the systems of the body takes place. This includes releasing negative mental and emotional patterns. As this unfolds myofascial tissue within the body unwinds. Over a period of time the body will actually change shape. For example, where once hips were tilted they move back into alignment effecting all areas of the body. Another example could be spinal curvatures such as scoliosis which is dramatically improved as myofascial tissue “lets go”. As a result, emotions are very often released as they are held in various tissues of the body. If you feel drawn to myofascial release techniques or massage and live in La Alpujarra, Southern Spain please contact me.

The Harmonising Effect of the Universe

During this phase of our evolution we are actually being more heavily influenced by astrological alignments. One of the reasons being is that previously our axiatonal highways had been truncated/disconnected from the physical body. Only a very small influence from our higher bodies or Higher Self affected us. In other words we were stuck in the lower separated self or ego. We had the same discordant energies stagnating in our systems each day which gave rise to same thinking different day scenarios. The reason for the disconnection was the falling away from Universal Awareness and Principals. This has also been called “The Revolt against The Father.” This gave rise to the separated or lower self. The disconnection was necessary as the destruction we are/were causing here was/is having a profound influence on the rest of the Universe. This is based on the maxim:

Of course it is up to each one of us to reconnect to our Higher or God Self. Thus harmonising the systems of the body. This will ensure our own rising awareness of the difference between Illusion and Reality. This process is much easier now as the 144,000 and other groups ensured their own connection via healing of their own wounds and creation of the new 5D Grid Matrix. This is helping to bring humanity out of the victim/perpetrator and other unresourceful archetypes. These negative energies were/are deeply held within the genetics of the lineage we incarnated into. They are therefore impossible to avoid. However we can heal them all in this lifetime by transmuting the mind. As we do this we become the New or Divine Human of the future.