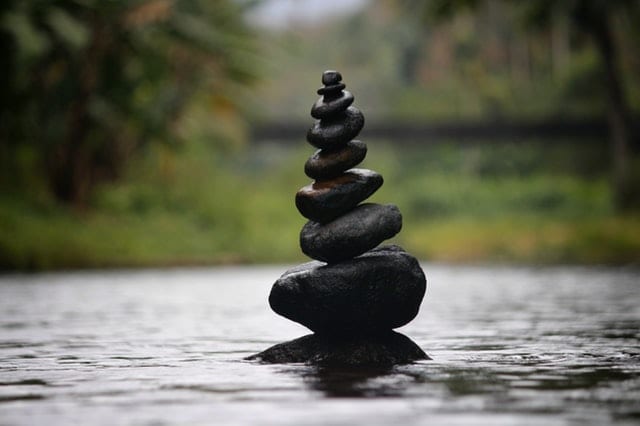 It’s not that our health comes and goes it’s our awareness of the endocrine system and its associated systems that change. When we become aware of something we cannot keep acting unresourcefully or in contradiction to it. Keeping all our energetic bodies in balance is the key to having a properly functioning endocrine system. Achieving this we then have a corresponding balance of hormones.

Of all the bodies systems and processes the endocrine system is the one that is most susceptible to daily stresses. Especially thoughts, emotions, nutrition and environmental influences such as pollution and electromagnetic influences. Depression, mood swings, weight and sleep issues, lethargy, low self-esteem and so on are very often the result of an out of balance endocrine system. Remember holistic treatments are about bringing the body back into balance because disease cannot function in a body that is in balance.  This is why it is so important to do some form of daily discipline such as yoga and meditation.

The endocrine glands are: “the invisible guardians or the controllers and guardians of life who determine the equilibrium of spiritual and physical forces in mankind”  The Rosicrucions

Hormones are chemicals released from the endocrine glands which sustain life. The rate of production of hormones is regulated by the optimum functioning of the glands associated with the endocrine system. It is not just that hormones are out of balance in the average person but the actual amount produced is way short of optimal.

The Endocrine System Glands are: 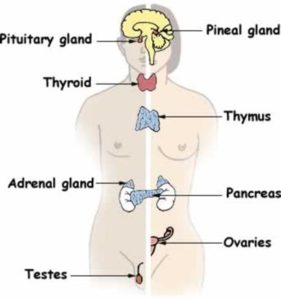 Beyond The Endocrine System

We are of course more than just our physical bodies. It is absolutely essential that we take into account the metaphysical (beyond the physical) if we are to remain in balance and disease free. All disease comes from physiological stress which manifests as a lack of oxygen at a cellular level.

The main factors are our mental and emotional patterns causing stress in the body. This is compounded by living in a polluted internal and external environment including the food we eat. Stress itself is a symptom. The stress we can feel on a daily basis because of our lack of Self Mastery can trigger the fight or flight response. This response is quite often not turned off which results in overactive adrenal glands.

We then look for other ‘distractions’ to help us relax, for example, drugs, alcohol, overeating and so on and we end up in a constant ‘declining’ state. Our ‘growth’ state where all our bodies move into homeostasis is never reached. Dehydration, acidosis and a lack of oxygen at a cellular level follow which leads to disease and if we don’t do anything about it eventual death. A fantastic way to help and even reverse this process is to re-learn diaphragmatic breathing.

Our body, mind and soul or subconscious, conscious and superconscious need to work in a cooperative manner. As an operating system integral to sustainable health, the endocrine system performs this function via an output and input flow of breath or chi, an ever-present, ever flowing exchange of energy. This flow moves from the subtle bodies to the endocrine system and then ‘deeper’ into other systems of the physical body and back again. An interruption of this flow, for example, a negative belief system, creates an imbalance in the subtle bodies/physical body unit. It is therefore crucial that we all learn how to breathe again.