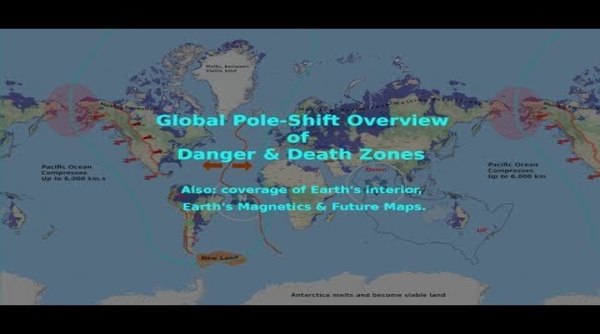 In 2012 I wondered why the physical ascension of this planet and those residing on it did not apparently manifest, not to mention the accompanying earth changes. The truth is that most of humanity had not even started their internal journey and would have been forced to leave the physical body because there was too much work for them to do over a very short time span. This has became very obvious recently with the so called “pandemic” and associated nonsense played out on the world screen, the reflection of humanity!! Clearly there were many with deep seated emotional issues which prevents a coherence pattern between both hemispheres of the brain. And of course we are not over it yet!!

Thankfully however, over a 2 year period many people have awakened and started their own internal journeys. So we could say that the higher purpose of “Covid” was simply to wake people up, turn them right side up and realise they are living men and woman connected to the land and not legal entities, debtors or corporate employees. This “innerstanding” is then reflected outwards in the early creation of a new world and of course the collapse of the old artificial world matrix. This reflection of group consciousness creates what can only be described over the last two years as a farcical movie on the world stage which is just past energy aka cellular memory!!

The reality we have inhabited is a fallen reality. It is an entropic or binary system (closed system) which feeds off of itself and therefore always had a shelf life aka the old Armageddon Timeline. It was a Mind Matrix created by the collective because we were not energetically connected to the earth. This energetic template was created “just above the earth” where we were not connected to 1D ie the physical elements/planet. We were not grounded or allowed to feel grounded on the land (Natural Law as Living Man/Woman) because of fear and therefore “acted as” legal entity fictions (Admiralty Law/Legal System). We had a complete lack of sovereignty. The beings doing this (mainly the banks in cahoots with fallen races of ET’s) inserted themselves between the Living Creator and Living Men and Woman as the false authority figures in this realm and reduced us to mere legal fictions. That upside down energetic template was completely corrected at the end of last year and beginning of this year thanks to the fantastic efforts of lightworkers and off planet beings. This now makes the beginning of the full return of Christed Consciousness this Easter 2022 and grounded into reality by key lightworkers over the next few years possible.

The majority of humanity have still no idea, however if you do your own research away from mainstream you will see that ALL GOVERNMENT CORPORATIONS are bankrupt and the banks are simply not allowed to monetise your living energy anymore. For those (including me) who didn’t quite understand in 2012 why the Ascension of this planet appeared to have been “postponed” you will understand it when I tell you that between 21 December 2012 and 21st December 2021 is exactly 9 years. The body (the natural) works in 9 year cycles. It has taken exactly 9 years for us to walk through our Akashic Record ie cellular memory and clear it of negative energy.

We are the Creditors or Beneficiaries of our Living Energy and all that we create. It is the banks and corporations who are the debtors and they know this. For example banks DO NOT lend money. They buy securities, Your very being was being securitised by them when you thought you were borrowing money. They always try and have been successful in the past to “kill off” the creditors via some make believe war and virus combo before people awaken. (think 1st world war which ended in 1918 and the Spanish flu “pandemic” which began the same year). Then they reboot society from a severely reduced survival based population who accept what they are shown or given. For example a debt based private banking system. History is a complete fabrication created by these lunatics aka the Fallen Families.

The “Corona” period aka “banking code” (also and more importantly coronal mass ejections (CME’s) from the sun) which has now ended returns you right side up and respects you as the Creditor or Living Man/Woman and one down from The Living Creator. This is Natural Law!! You are now energetically connected to the Land once more aka 1D so all you have to do is learn to abdominal breathe once more. When the diaphragm is taken all the way down into the stomach cavity we feel more grounded and our energy moves away from the constant anxiety/survival based thinking in the brain. When we do this we can use the brain as a receiving unit of cosmic energies aka the arc of the covenant. Progressively, negative emotional patterns are released/integrated which were caught up in the myofascial tissues of the body. This tissue literally unwinds and chi, the living energy of Creater begins to flow again. Disease aka dis-ease, a lack of ease becomes a thing of the past.

If we the lightworkers were not here humanity would not have woken up and would have remained oblivious to a higher reality and no doubt the Great Totalitarian Reset would have prevailed. ie kill as many creditors as possible and scare the living presence out of the rest.

However, we are naturally a Trinary System (open or cosmic system), not binary and that third energy is obviously being downloaded by all the lightworkers onto this planet (by the way that is why we have all been spread out across the planet and some of us stuck in the middle of groups of sleepy heads 🙂

Since the February new moon it is about coming together organically over the next few months and years to create communities in the way we feel moved. This is more of a gentle intention from the heart rather than any goal driven ideas.

Because of the increasingly obvious earth changes.

Please don’t be one of the lightworkers that believes that it is only manipulated weather patterns and will pass.

From the Book of Knowledge: The Keys of Enoch pg 170

“18 During the completion of cycles of star progression our entire solar system will enter into a vacuum in space where no electromagnetic fields exist. This is called an electromagnetic null zone. At that time cosmic waves will enter the polar areas of our Earth and penetrate to the very core of our globe. These waves will not only release some 48.6 x 10`15 (10 to the power of 15) ton miles of torque on the Earth, but will trigger unseen wave properties from the Earth placing catastrophic stress on the shell of the Earth and spinning the mantle of the Earth.

19 The world shall fulfill the cycle of rounds prophesied as she enters into a new meridian of time. The coming together of hidden scientific prophesy of the Nine Oracles will confirm the changing of the polar regions. After this purification the potential Omega is set within new spherical surface harmonies and the wonderful recreation of the world is allowed to proceed into a new cycle of husbandry.”

Clearly this is beginning to happen now. If you want confirmation subscribe to Suspicious Observers Youtube Channel

So, we have disconnected from the illusion or movie out there and are all moving rapidly within to our own centre. However what I have noticed is that many lightworkers have disconnected themselves from the organic reality or the 3D earth. What I mean is that the earth must and will go through its PHYSICAL changes which is self evident. This will increase this year (2022) and even more so in 2023. The reason for this is obvious. It has already started and this is a cosmic event. The planet and all those residing on it are just here for the ride.

Many people are simplifying their lives and becoming more self sufficient. This trend will continue. Indeed the “worldwide military movement” has nothing to do with wars etc although the corporations masquerading as governments would like to start one. No, the world wide military preparation has everything to do with helping humanity through the physical shifts!!!

I AM one of the pre-birth agreement Sacred Geometry Keyholders. I AM one of the 144,000 or what I should say is I am the receiving vessel via one of the 144 Monads or Sun Disks of pulsar codes. We are all in groups of 144,000 and anyone of you can receive these codes. My completed Merkabah is one of the codes that activates the planetary Merkabah and make no mistake about this when the planetary Merkabah is activated as is beginning to happen lands will rise and mountains will move aka volcanoes, earthquakes and tsunamis etc. We will “inherit the earth” the natural plane, because we are reconnecting ourselves back to it. We won’t be inheriting it as cavemen and woman though because we will have all the new technologies that were gifted to us and then stolen by the banks/corporations/past elite.

This doesn’t mean we cannot create in our own individual lives, it just means we still may need some dismantling as we create the new. The new must be done with respect and close participation with the Changing Natural World. It must be a gentle but persistent focus from a Heartmind, in a dynamic situation. We are now in Service to Nature, Creator and each other. Connect yourself back to Nature and the Cosmos via the body and you will intuitively know what’s next for you.

I find it interesting that Martial Law was declared by Queen Romana Didulo on February 5th and the corporate government there has ceased to exist some time ago. Expect more militarisation of countries over the next 12 months which is not just for the changeover from corporate fiction to real men and woman and Natural Law but also to help us through the earth changes as they become more severe.