There is a structure and energetic pattern to all existence which could be called Cosmic Order. At this time those who are awake and willing to move from the separated and fragmented lower self back into this cosmic order patterning or “music of the spheres” are being guided by the higher self. Each soul is born for higher purpose and not just for random experience. This means we are all unique vibrational frequencies and geometric impressions woven into the patterns of existence.

Balancing ones body, mind and soul is essential for those moving back into cosmic order. This involves fully opening our hearts to unconditional love. Before this happens we must balance the left logical side (yang/male/electro) and right creative side (yin/female/magnetic) hemispheres of the brain. Transmuting lower energies to a higher vibrational frequency in our energetic systems is therefore fundamental to this process. To reflect cosmic order during this “change over” it is essential to use various yoga and meditation techniques as each soul takes back control of the body/mind apparatus. The microcosm, you, must reflect the macrocosm if you are to spiritually grow and remain in balance.

This cleansing each one of us must go through sooner or later to fully embody the reality of cosmic order. This is in direct contradiction to the conditioning and controlling systems on this planet. The universal truth or axiom, sometimes spoken of “as above, so below and as below so above” is very relevant. This is very obvious to the more holistic minded. It implies that we will find the answers to existence itself via an inner journey. This is perceived through a unique genetic vehicle, our physical bodies. Within each of our bodies and contained within our unique genetic profiling in our DNA can be found the answers to our exclusive higher purpose within this evolutionary cycle.

So far we have existed in hierarchies which is behaviour born out of mammalian history. This correlates with Darwin’s theories of “survival of the fittest.” There is an implication that life is not cooperative but instead competitive. The “strong” at the top of the (financial?) pyramid must be seen as role models. We must follow their low frequency lead to survive. This behaviour is bourne out of fear (yang without yin) and in direct contradiction to cosmic order and divine law. It is the separated self acting out unconscious mind programming, reacting and viewing life subjectively. Refusing to open the heart.

In genetics RNA is a chemical substance similar to DNA. Its role is to transcribe aspects of our genetic code so new proteins can be formed. RNA is a messenger that reads and copies the instructions for life. In the process known as transcription, messages can be misinterpreted before they are translated. This is what occurs within human society. Fear causes misinterpretation leading to a reaction from one party. This triggers the same fear and a counter-reaction in another party. The result is unrest. When the frequency running through a society decreases, unrest and corruption rule.  Higher principles and cosmic order are ignored or at best misunderstood. Instead of working with nature and the cosmos we try and conquer them. However when the frequency rises, although chaos appears to be all around us, eventually mankind will achieve harmony.

There are many examples of isolated societies and tribal groups that lived or are living at a high frequency. They enjoyed/enjoy a peaceful existence by following cosmic order and higher principles. For example the Mayans, Toltecs and the Native Americans. However, problems occur when different races, families and customs are forced to converge and live in the same general territory. It is then that the old fearful brain thinking once again springs into action. This fear mis-interprets and corrupts incoming data and cosmic order is not followed. Corruption of data can therefore be understood as the symptom of a collectively created reality. Corruption requires hierarchy in order to exist, and hierarchy is a low frequency attempt to maintain order within a community. Instead, each one of us should follow cosmic order in the form of universal and natural principles. We should maintain our own value and sovereignty.

The Cell and Quantum Physics

A major man made contradiction to cosmic order was the idea that the brain of a cell was the nucleus. In other words separate from other cells in the body. Something remarkable was found by quantum physics and applied directly to biology and the cell. The brain of the cell does not reside within the nucleus but in the cellular membrane. This provides an interface with the environment. In a nutshell, life is designed to be cooperative rather than competitive.

This new biological view makes enormous sense when considered alongside quantum physics. Quantum physics holds that all of life is interrelated and holistic rather than separated. According to the old view, we humans are the victims of our selfish genes; in the new view there are no victims, only a huge interconnected and interdependent cosmic ordering. Cells of the human body will adapt and change as the environment changes. The speed at which this happens though is often slowed or even halted by the lower self personality. It wants to remain fixed because of fear.

In this present evolutionary cycle out dated hierarchical systems, where humans feel the need to compete with each other are collapsing. This competition is bourne out of fear and survival and an older part of the brain known as the limbic system. The limbic system is part of the reptilian complex. This is because as we transcend fear individually a higher frequency is allowed to come into the world via our third eye and energetic system/genes in general.

When the light frequency descends in vibration and we allow ourselves to be overcome with fear/anxiety we remain in the reptilian brain. This has been clearly demonstrated or reflected into our world via past and present events. As more light is allowed to enter our third eye and energetic system/genes the brain evolves, in particularly the fore brain or higher brain. As more people make the leap a new higher society is born. In other words collectively we are on our way back to cosmic order.

This higher society is all about harmony and equilibrium. This is what happens to individuals who have moved into courage and away from old fear based systems. This is about the proper transcription of genes. It’s about balance within each human being and externally reflected in each person’s life. Eventually this will be reflected in the society which develops as we all move back into cosmic order. This society will balance male hierarchical systems with female heterarchy systems, the yang with the yin so cosmic order can be maintained.

We get to this balance by honesty. We must lay all our cards on the table. Just because there are a few (the so called 1%) who don’t want to play ball makes no difference whatsoever. We remove ourselves from the existing systems and create new ones. We lay all our cards on the table because we are no longer interested in being competitive. We’ve been there done that and the world has gone to “hell”. We are interested in cooperation, our very survival as a species depends on it. Many are now moving back into balance and harmony within themselves and therefore the cosmic order of the universe. 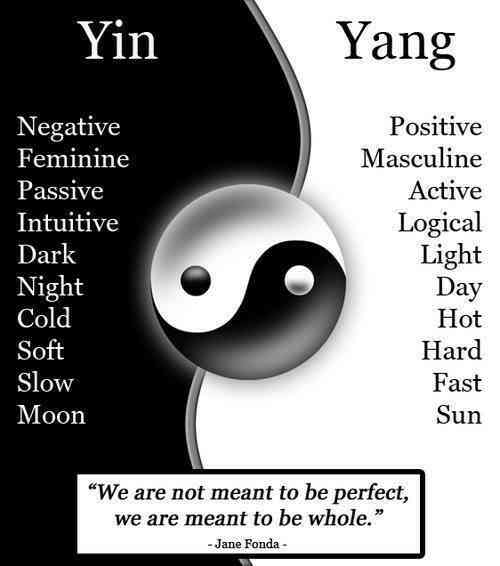 Hierarchal systems are bourne out of male or yang energy where female yin energy is suppressed. This imbalance causes us to lead life from the mind and fear prevails. On every level of creation, whether it’s the mental, emotional or physical planes these two energies must be in balance if cosmic order is to prevail.

So what does the physical plane, our societies, look like with both of these energies in balance?

Well this can only happen when a certain number of individuals are in yin/yang balance and begin to live their version of reality. A tipping point of 144,000 needed to create balance and ascend with the planet. A massive cellular memory cleanse has taken place amongst those individuals. Outwardly this will be seen as heterarchy, a social model beyond hierarchy. Interestingly, Christ energies can only come through individuals who are in yin/yang balance.

Heterarchy is based on the principle that if an individual is not in balance then it is impossible for the group to be in balance. Therefore individual equilibrium and balance is a prerequisite to a society based on heterarchy. By empowering the individual and recognising his needs while trusting him to make his own contribution a very powerful energy field builds in the group. Also by giving the individual the freedom to innovate engenders the spirit of playfulness and creative freedom that allows the heterarchy to empower itself. Only when individuals are trusted with their own freedom does a community truly begin to radiate health.

Herein lies the great secret to humanity’s future collective harmony — it can only be achieved through individual freedom and trust in the self-organising intelligence that emerges from that freedom. This involves moving back into divine law and cosmic order. Maintaining social equilibrium involves fulfilling the needs of both the individual and the group as a whole.

Creating equilibrium is an on going process of balancing the opposites, but eventually the slide from one side to the other becomes smaller and smaller until perfect balance is achieved. This is true harmony — a vibrational code that brings all elements within any system into perfect and permanent resonance. Equilibrium can be lost, but harmony is constant and infinite. Harmony is the true nature of the universe and can only be achieved by following cosmic order and yin/yang balance within the body. It is simply a pre-existing field that must be entered into rather than created. It must be entered into individually so that consciousness can experience equilibrium as part of a wider social equilibrium. Feeling a real sense of belonging in a group can induce a deep state of inner balance at a cellular level.

The on going shift in consciousness is now producing these social heterarchies. These are groups of self empowered people working creatively together without the limitation of a hierarchy. However heterarchies are coming into play via hierarchies. We still need a focal point, male or yang energy, otherwise the heterarchy loses its structure.

The Descension of Spirit into Matter

Since there is more and more evidence of heterarchies coming into being, this is indicative that we are moving back into cosmic order. The yin and yang energies in each one of us moves back into balance. As our higher bodies transmute our lower instincts and emotions, so we come into the frequency field of higher harmony. This field draws us into itself and gradually transforms our cellular DNA into its highest mode of functioning.

As the awakening becomes progressively more widespread, the awakened higher bodies of individuals will come into a heightened communal harmony. This quickens the frequency of the whole of humanity. Eventually all human beings will understand that they are fundamentally elements of music. As consciousness reaches more profound levels everything is experienced as music. The realisation that individual lives are notes threaded along a universal score that gradually becomes sweeter and sweeter to the ear as evolution reveals deeper and deeper harmonies. This higher social harmony, this cosmic order will progressively reveal itself as human beings move beyond the domain of shadow consciousness and realise the harmonic blueprint that underlies all human civilisation.