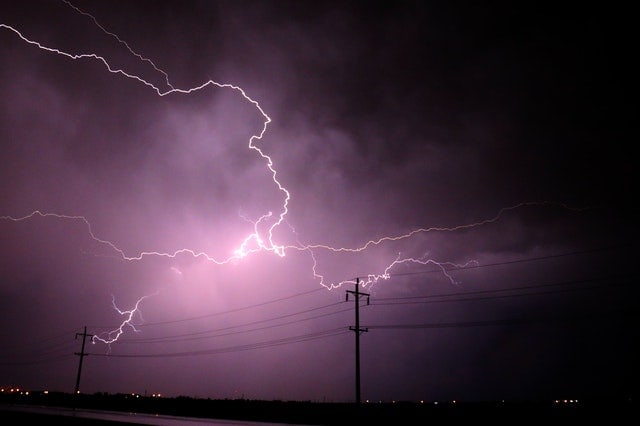 Chaos is the best thing to happen in your life!

Chaos comes about when our existing beLIEf system cannot cope with the stimuli from our environment. When we are pushed over the edge or beyond our threshold chaos is assured. It is the way organic systems such as human beings re-pattern themselves to be able to function at a higher level. Another way of saying this is we are forced to raise our consciousness levels to new heights. If we don’t we either live a very mediocre life or we perish. This does not mean we have to think in a more complex way, just the opposite in fact. We have to think less and allow our true nature to shine through.

This sudden shift, this sudden transformation, has been called the “Ah ha!” moment. It is when we suddenly ‘get it’. A flash of inspiration, gut feeling or creative moment. It is that moment when the “light bulb goes on”. We have changed our beLIEfs or perceptions about something to a more resourceful point of view and in doing so created new neurological pathways in the brain. We have in fact cleared or rather transmuted negative cellular energy (beLIEfs) to a higher form and therefore raised the frequency our cells vibrate at. We bring online the second or abdominal brain which innervates the "heart brain". We evolve.

Chaos and Self Organising Systems

Scientist Ilya Prigogine, a Russian-born Belgian theoretical chemist won the 1977 Nobel Prize for Chemistry for work in the field of thermodynamics. Prigogine is best known for his definition of dissipative structures and their role in thermodynamic systems far from equilibrium. This led to pioneering research in self-organizing systems.

What does that mean?

In the case of an engine such as a steam engine scientists noted that no engine ever yields as much energy as it consumes. Whenever work is done, whenever a conversion of one type of energy into another takes place, some energy is irretrievably lost from the system.

There is another related effect. In every case, a machine or a system, in transforming energy into work, becomes increasingly disordered. In a steam engine, the friction between the moving parts causes the parts to wear down. Tolerances between the parts start to increase. After a while, a tightly ordered steam engine begins to run less efficiently as the moving parts stretch and wear out. Unless energy is added in the form of a service, new parts and so on, the machine will eventually break down.

In fact all machines, all systems, unless energy is added must eventually wear down. This could be your car, your electronic devices, your washing machine, your social system or your body. Energy must be added, or chaos takes over.

So if all systems are becoming more chaotic how did life begin and become more ordered?

How have we managed to form systems including our body systems, our economic, political, even our spiritual systems if everything is breaking down?

The answer as discovered by Prigogine was his “ah ha!” moment. He discovered that order arises because of chaos, not despite it. It is absolutely essential that chaos happens or life cannot evolve. Life, and all order, emerges out of entropy, not against it. Entropy is a measure of the energy that is not available in a thermodynamic system. This is commonly understood as a measure of disorder. In the case of a closed system like a steam engine it would be the friction, heat and light.

Living systems, on the other hand, are open systems. Open systems freely exchange energy and matter with their environment. For instance, human beings take in heat, light, food, air, information, and other things. We give off carbon dioxide, waste, heat and creativity such as art, new inventions, new ideas, social structures and so on. The second characteristic of open systems is that they are far from equilibrium. This means they are constantly in motion, adapting, changing, and adjusting to unpredictable outside stimuli. They grow and change in unexpected ways. They reproduce, they adjust themselves, they learn new ways to operate if a part of the system is lost or altered.

Open systems are a flow of energy and matter, kind of like a vortex. Prigogine called these structures dissipative structures, because of their ability to dissipate entropy to the surrounding environment.

Chaos is Necessary - You are NOT Fixed!!

A vortex has energy coming in from the top, and energy exiting from the bottom. In the same way, we are vortices, though our vortices are moving more slowly. Recently however they have started to move more quickly. Energy from the sun and unusual planetary alignments have forced our vortices to start moving faster. Unfortunately we have many bits of stuck energy in our vortices (beLIEfs) which if not released can be felt as chaos.

We are not containers with something flowing through it we are the flow itself. This is where the saying "we are not our bodies" comes from. We are consciousness (energy). We could say that the container and the flow are the same thing since our bodies are compressed energy. This flow and the body are not separate from each other. Up till now the population has used the human body as a container for emotion hence the huge increase in disease.

A key characteristic of open systems is that they are adaptable. For example we are adaptable if we take our old beLIEf systems and throw them in the bin! Every day we handle all kinds of fluctuations in our environment. We see different sights, different people, different things happen, the weather changes, we eat different food, find out about different news, and so on. Most of the time we easily flow with what is happening, and deal with it pretty well. Now, with these huge energies coming in, we are moving. We are reaching different personal thresholds. Quite literally we must adapt, change, evolve, move forward.

Chaos Has The Potential To Purify the Ego

This may feel like ‘death’ because it is …it is the ‘death’ of our old selves (personality/ego/belief systems). In truth it isn’t death it is purification of the ego. All the old unresourceful and subconscious programs that don’t work anymore need to fall away. If they don't we will increasingly be in chaos! Once in a while something happens that is just too much for the system that makes up who we are. At those times we experience increased chaos. Sometimes, if conditions are right, that chaos is followed by significant change. But only if we ‘witness’/watch the situation without becoming part of it emotionally.

However humanity up till this moment has resisted this change because they were conditioned to beLIEve that they were fixed rigid structures! They believed they were containers and these containers were used to store emotions. As I have already said this is why there is so much disease on the planet. All the stagnant negative energies in peoples’ energetic systems are contributing significantly to it. This is further compounded by the false programming of power structures such as the medical and pharmaceutical industries. The programming that something outside of ourselves is causing the disease and therefore something outside of ourselves is needed to cure it.

The human being is a sophisticated, layered four body energy system (HEF), consisting of a physical, emotional, mental and spiritual body. These are made up of prana in various states of densification (i.e. wavelengths or vibrational harmonies). Each of these bodies is an electromagnetic energy field in the form of a grid system. This grid system resonates in a specific frequency. Each of these bodies functions on a different level and performs vital life interactions. For example processing information, holding memory and performing a multitude of other functions.

The four bodies are linked through the chakra system. They are inseparable. If unaligned (through shock, trauma, emotions) the mesh of these grids collects densified subtle energies. This can be in the form of unreleased feelings, dysfunctional thought patterns and so on. The chakra system should be free flowing – think vortex or portal of energy. These unprocessed energies get trapped in the system. Moving through the layers, thoughts compact into emotions and then densify into physical sensations and finally solidify into physical symptoms – dis-ease and illness.

For the last few years much is coming up for release. At this time we have entered The Purple Photon Belt (22nd September 2014 approximately), discovered by scientists in 1961 therefore the next stage of our Evolution will begin to speed up even more over the coming months and years. We are being forced to evolve, that is to clean out our energy systems, our mental and emotional garbage. An increasing number of us are cleaning ‘our own house’ in terms of old and unresourceful beLIEf systems and replacing with new more empowering ones ie increasing the frequency at which our cells vibrate. Correspondingly we see this being reflected in the outside world, first chaos and then over time as more people join in an increasing movement towards harmony and LOVE. We are moving from 3D to Chaos to Love.

We are seeing the fall or metamorphosis of old systems especially the banking system and corporate governments as everything that is not based on TRUTH is exposed and reconciled. This will continue. This is a time to celebrate and to realise that as the collapse of the old world speeds up, if you are holding yourself back by hanging onto it in terms of unresourceful and limiting beLIEfs, you will be forced to let it go and expand your horizon or field of vision. We are all co-creating the NEW world together but increasingly from a higher vibrational level based on unity consciousness and service to others.