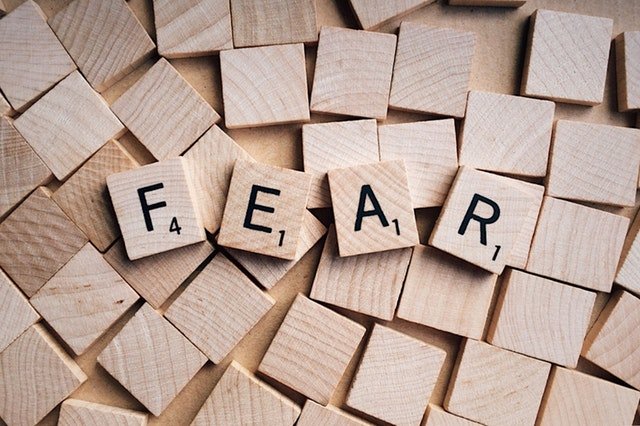 The awareness of cellular memory and the implications of this important mechanism is very important if we are to understand who we are. Cellular memory contains the complete blue print of our existence (“past” lives too!). Every cell in the body contains this blueprint. We could call it ‘mind’. This includes conscious, subconscious and super conscious minds. We normally think of the mind being in the head but that is only because of the abundance of cells in that area. In “Molecules of Emotion” by Candace Pert she revealed how her study of information-processing receptors on nerve cell membranes led her to discover that the same “neural” receptors were present on most, if not all of the body’s cells. Her experiments established that the “mind” was not just in the head but was distributed via signal molecules to the whole body.

“Through self consciousness, the mind can use the brain to generate “molecules of emotion” and override the system. While proper use of consciousness can bring health to an ailing body, inappropriate unconscious control of emotions can easily make a healthy body diseased”

This has been corroborated in my own therapy sessions. When working on certain areas of a clients body they have had ‘flash backs’ to memories which are holding them from moving forward in life. These cellular memories are coming up for release. Once these often traumatic experiences are released more empowering ‘programs’ can be learned using affirmations and ‘talking therapies’. This is happening much more often now as higher frequency energies become more accessible to us. We are moving through “Homo Sapien in Transitus” and will eventually morph into the Adam Kadmon light being mentioned in esoteric texts. 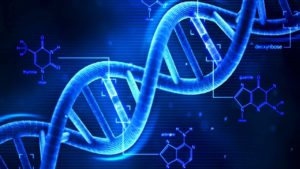 The storing of much of the trauma we have in our cellular memory was designed as a short-term mechanism to help us survive overwhelming situations. Later the trauma should be released when it is safe to do so. However this very often does not happen for a couple of reasons. Sometimes the trauma is so frightening and overwhelming that clearly it would not have lost any of it’s ‘energetic charge’ later, when it is safe to do so. Therefore the energetic imprint remains in cellular memory. Secondly when the trauma is ongoing and there is never a safe time or place to release those memories. This can happen to children, who are repeatedly abused. It can also happen to adults who are in dysfunctional relationships and are too frightened to leave.

Since cellular memory contains the subconscious mind we can influence it by changing our beliefs about our lives. It is our beliefs which keep us in the illusion of limitation and lower energies. It is our beliefs which affect our DNA. There is also a correlation between past life experiences and our attitudes then, which filter through to this lifetime and our everyday lives because of cellular memory. When we transition through the death experience we take the etheric body with us. We drop the dense physical body – which is made of the same elements as the planet – but take an ‘energetic imprint’ of cellular patterning. We always have our full ‘galactic history’ with us.

There is much resistance in the scientific community to even study this phenomenon. But as Cell Biologist Bruce Lipton said in his book, Biology of belief:

“The Medical Establishment will eventually be dragged, kicking and screaming, into the quantum revolution.”

….also with the higher frequency energies now available many people are encountering past life memories. Memories such as previous injuries, flashes of experiences they havn’t had in this lifetime. Or suddenly becoming interested in something they were not previously drawn to.

In a paper entitled Knowing By Heart: Cellular Memory in Heart Transplants by Kate Ruth Linton (under the supervision of Tom Anderson)

Kate recounts how an 8yr old girl received the heart of a ten year old girl who was murdered. Shortly after receiving her new heart, the girl began having recurring nightmares about the man who had murdered her donor. She believed she knew who the murderer was. Her mother finally brought her to a psychiatrist and after several sessions, the girl’s psychiatrist “could not deny the reality of what the child was telling her.” They decided to call the police and, using the descriptions from the little girl, they found the murderer. According to the psychiatrist, “the time, the weapon, the place, the clothes he wore, what the little girl he killed had said to him…… everything the little heart transplant recipient reported was completely accurate” (Pearsall 7). Needless to say, the psychiatrist was eager to find any available explanation for this particular patient’s experience.

Several transplant surgeons have contributed to a theory for cellular memory essentially based on psychological and metaphysical conditions, which Dr. Paul Pearsall has pieced together. Pearsall is a psychoneuroimmunologist, or a licensed psychologist who studies the relationship between the brain, immune system, and an individual’s life experiences. Pearsall calls this theory the “Lowered Recall Threshold” (Pearsall 120).

Basically, it suggests that the immunosuppressive drugs that transplant recipients must take are what bring about associations to donor experiences in recipients. Immunosuppressive drugs minimize the chances of rejection of the new, foreign heart by suppressing the recipient’s immune system. Scientists believe these drugs could also possibly act as psychotropic, meaning “acting on the mind” (Merriam Webster 1090). Stimulants that lower the patient’s “thresholds for accessibility” and enhance their perception, allowing them to recall memories they may have long forgotten. In other words, transplant recipients who claim to be having experiences with cellular memories of their donors are actually just recalling their own memories of their own life experiences (Pearsall 120). However, in instances such as the eight year old girl’s who received the murdered girl’s heart, this certainly does not seem to be the case.

Cells exhibit a growth/protection range of activity which is essential for the survival of multicellular organisms such as humans. The catch is that both processes cannot happen optimally at the same time eg. The behaviour of a cell when providing nutrition as opposed to the behaviour when providing a protection response. (Lipton, et al, 1991)

This has huge ramifications when we look at the growth of humans. Humans unavoidably restrict their own growth (for example awareness) when they shift into a protective mode. The body reacts by “winding up” myofascial tissue. The human race up till now has largely been in this protective (survival) mode. Most of our energy has been used for the protective response which inevitably results in a curtailment of growth (both physical and emotional). Furthermore growth itself requires an open exchange between the human being and the environment via axiatonal lines for example. If this doesn’t happen the old protective programs are in operation by default. In other words we do not grow and try to enforce separation programming. It is possible to shut down the growth processes so completely that we start to develop diseases. This is because we automatically default to the old worn out belief systems.

“By default, your body is built to support health, harmony and connection between all parts. So why do we get sick, develop a disease or illness that won’t easily go away? If our bodies are meant to support vitality and healing then why doesn’t it just happen right away? The simplest answer in our experience over the last 20 years is that the Cellular Memory by nature contains both Positive Emotional Charge (PEC) and Negative Emotional Charge (NEC) that is constantly flowing and influencing our state of mind and body health.”

The manipulation of Consciousness

We have been subjected to an enormous con in this world and in the west especially. We have been led to believe that all knowledge is outside of ourselves. For example in libraries, on the internet, or from so called “experts”. During this phase of involution (moving away from source energy) we have expected others to know better than ourselves. We have never been taught to look within. In recent years many have examined prevailing control systems. They have discovered the most diabolical and parasitical fraud and deprivation the world has ever seen. For example, the church, mainstream media, the banking system and the legal system) This has caused many to begin the inward journey because it is by our own ignorance that allowed those systems to continue.

Despite using practices such as meditation and yoga and taking an active participation in our own healing there has still been a tendency to look too much to others for wisdom. Once we do this we immediately negate our own unique path and place in this world. We “standardise” the response we receive. We accept the controlling rational or prevailing consciousness level for that inquiry. For example, how to be spiritual?

We have been doing that for far too long have we not?

It is now time for each and every one of us to venture inwards and discover what has been ignored for far too long. Our own essence, style and reason for BEing. It is time for each one of us to reflect that level of consciousness back into the world and recreate “the garden of eden”. We can only do that by knowing thyself intimately and beginning our journey back to source. It is time for evolution.