Sri Maharaj Nisargadatta, an Indian guru wrote in his book “I Am That”:

What is consciousness then?

Again from “I Am That” Nisargadatta continues.

Awareness In The Lower “Dan Tien” 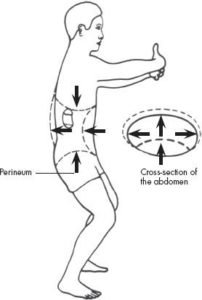 In Tao Chi Kung practices awareness is always felt in the lower “Dan Tien”. The lower Dan Tien is between the navel, kidneys and sexual organs. This is the area that is now being recognised as the second brain by scientists and it is in fact full of neurotransmitters. It actually supplies the brain with basic orientations, data and information which it can then process.

A growing imbalance and disconnection between the body and mind, thinking and feeling and the various forms of cognition and intelligence appear to be taking large parts of the population into fear and separation from who they really are. They are moving further from the source of their being. By routinely bringing one’s consciousness back to the second brain and therefore coming out of the mind will strengthen and balance the body/mind connection once again. To strengthen this further abdominal breathing will help those most affected by the “monkey mind” or repetitive thoughts of the dysfunctional ego.

Our consciousness then is a reflection of our particular awareness levels. It is our perception and essence against the backdrop of awareness of our “original state”. For many this means reacting to particular subconscious beliefs held in our cellular memory by an emotional reaction or in some cases a rather unemotional intellectual “left hand brain” response completely negating any form of wisdom teachings. Thankfully human beings are beginning to learn that this outdated modus operandi is in fact causing all our global problems and must be transmuted to a new form of operation. That is to say the world we live in is a reflection of the group unconsciousness or ego. At this time the group unconsciousness is being largely transmuted to a higher form of being. This is being reflected back to us in terms of outdated practices and systems now collapsing.

Moving Back into Awareness

That new response is coming from a place of “wholeness”. It is coming from a place where our operating system is working as a whole unit. The upper chakras are open thanks to planetary and cosmic energies not felt here for thousands of years and many people now complimenting this process by meditating and getting to know thyself. As renewing energies come into the body/mind operating system our genes and therefore ‘junk’ DNA begin to mutate. Both consciousness and awareness expand. We can then respond to life situations from a place of heart centered  consciousness but with third eye objectivity rather than an emotional reactive response and constantly giving our power away to corrupt systems and individuals. We see life from a much more expanded self.

When our third eye is open it acts as a switch. It progressively clears out all the dysfunctional energies in the lower chakras.

“The light of the body is the eye: if therefore thine eye be single, thy whole body shall be full of light.” Matthew 6:22 King James Bible

This process must be accompanied by the willingness of the lower personality to raise his/her consciousness. Raising consciousness to the level of higher self will over time cause a fusion of light body and physical body. This only occurs as one surrenders outdated beliefs and perceptions about life and accepts where they are at now. As these renewing energies (perfect fractal patterns) from the cosmos enter our field and upgrade our genetic coding our “junk” DNA “rejoins” and expansion of our lives increase. Abilities and skills long forgotten about come back on line.